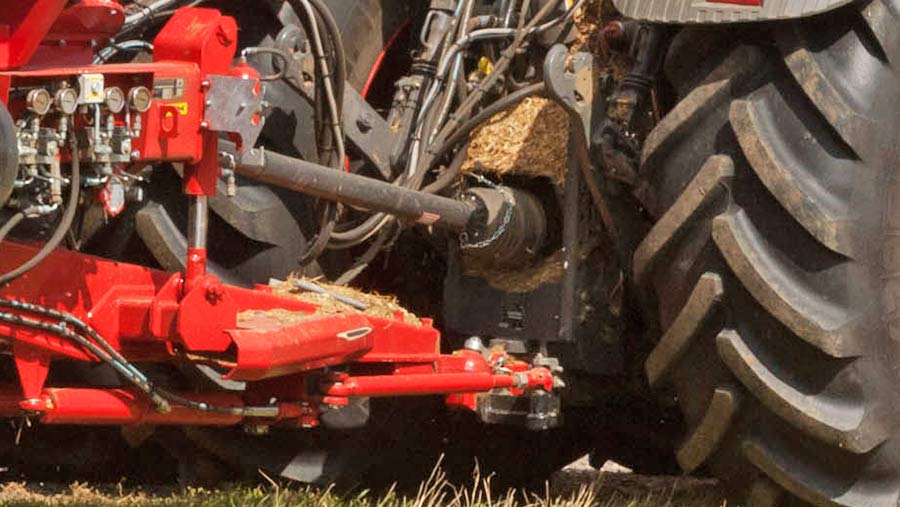 A ground-breaking farm safety scheme pioneered by Devon young farmers in tribute to one of their members is to be rolled out nationally.

The Growing Safer Farmers scheme was launched earlier this year after 20-year-old young farmer Lauren Scott was killed in an accident believed to involve a power take-off (pto) shaft.

In response to the accident, the Devon Federation of Young Farmers’ Clubs launched an initiative highlighting the need to correctly maintain pto shafts and guards.

It has since provided signs and counter cards so machinery dealers can raise awareness among farmers of the need to inspect and correctly maintain ptos and pto guards.

When a farmer takes a machine to be serviced, dealers and mechanics produce advisory notices to flag up any safety issues on pto shafts.

They also provide a discount for an annual health check on pto shafts.

Since the scheme was launched in May, some 269 pto guards have been replaced.

Some 20 different companies are supporting the initiative – including the NFU, Cornish Mutual, NFU Mutual and the British Agricultural and Garden Machinery Association.

Now the National Federation of Young Farmers’ Clubs is preparing to extend the scheme to other parts of the country too.

NFYFC chairman and Essex farmer Ed Ford said the first step was to roll out the Devon initiative to agricultural dealerships in his home county.

“We have tried it in Devon and it is working very well,” he said.

“Now we are going to pilot the scheme in Essex and, if it is successful, we hope to roll it out nationally within the next six months.”

It is illegal to run machines with damaged or missing pto guards. But many farmers continue to break the law – with sometimes fatal consequences.

Mr Ford said the NFYFC would continue to raise awareness of the issue and continue to deliver farm safety training to young farmers.

“The pto stuff we are pushing is the law – but it often doesn’t happen. On some farms it still seems acceptable to have a pto without a guard on it.”