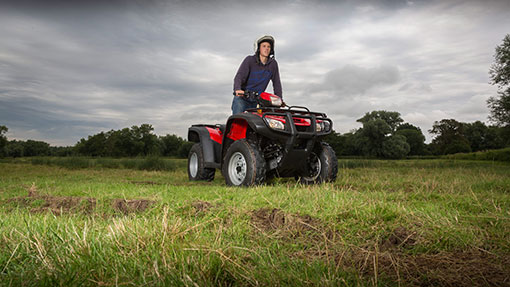 A scheme aiming to reverse agriculture’s reputation as one of the most dangerous industries has seen more than 7,500 farmers learn how to limit the risk of injuries on farms.

The Health and Safety Executive (HSE) hosted 27 safety and health awareness days (SHAD) in a bid to show farmers how to manage risks to protect them, their families and workers.

The events, held across England, Scotland and Wales, used practical demonstrations around aspects such as ATV handling, working at heights and handling livestock to show where mistakes were commonly made and where injuries could be avoided.

The HSE hopes the events will cut the number of accidents in agriculture, which has seen an average of 36 people killed on farms each year over the past ten years.

Speaking at the final SHAD at John Deere in Langar, Nottinghamshire, on Friday (21 March), Rick Brunt, HSE’s head of agriculture, said farmers only had to make simple, common sense changes to make a huge difference to the industry’s safety record.

“Farming shouldn’t be one of the most dangerous industries to work in, but at the moment we don’t manage risks well,” he said. “We create situations where a simple mistake can lead to death.”

Mr Brunt said farmers and their workers should take more time to plan jobs so that a single mistake would not result in serious injury or a fatality.

“Its about thinking how they do the job, so that if you slip with a telehandler or an ATV it wont have grave consequences, not just for you and your business but for your families and staff.

“By demonstrating the risks that exists we’re hopefully prompting farmers to think about them in advance and plan around them. More often than not the solution is simple and costs very little to put right.”
Rick Brunt, HSE’s head of agriculture

“By demonstrating the risks that exists we’re hopefully prompting farmers to think about them in advance and plan around them. More often than not the solution is simple and costs very little to put right.”

Arable producer John Kelham, who farms 688ha in Kelham, Nottinghamshire, said the course made him realise he sometimes took unnecessary risks on his farm.

“It’s made me realise I need to stop and think sometimes and plan work a little better,” he said.

“Farmers are always in a rush and cutting corners and we also work alone a lot of the time, so we really should be taking more care.

“Lots of the things we have been shown were common sense, but there are also lots of inexpensive solutions,” he added.

“Things like ladder footings and convex mirrors for the tractor cab to give you more visibility are very simple but could but could make a big difference to preventing accidents.”