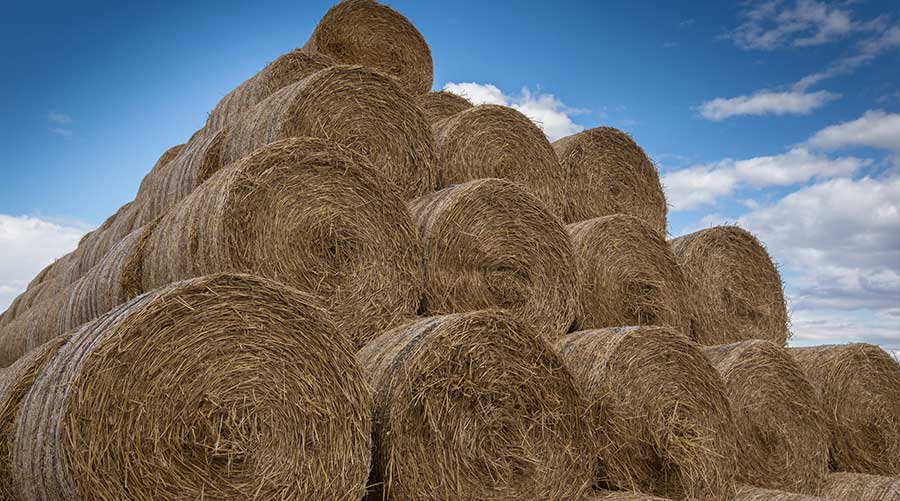 Farmers are being warned about the dangers posed by heavy straw bales following heavy rain.

Guidance has been issued to farmers in Scotland after parts of the country received more than twice the normal amount of rainfall during August.

Scotland’s Farm Advisory Service (FAS) said 50mm of rain could easily add 50kg or more to a 1.2m round bale.

“With the additional weight being concentrated in one area, bales become increasingly unstable when stacking and carting,” he said.

“There have been 15 farm fatalities in the past five years caused by things collapsing – including falling bales.

“It would be sensible this autumn to consider handling any straw bales that have been rained on in the same way as you would wrapped bales of silage.”

In addition, farmers are advised to reduce the fire risk posed by damp bales by stacking them outside away from buildings and other stacks.

Damp straw should be treated with a silage additive or an ammonia treatment if it contains a significant amount of grass.