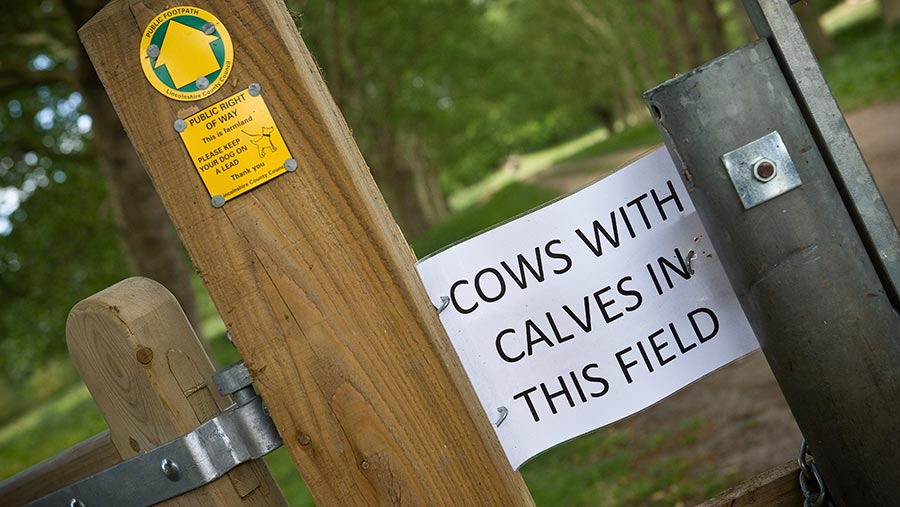 Four fatalities on farms within a fortnight have led to renewed calls for the industry to improve its shocking safety record.

The Health and Safety Executive (HSE) said it was supporting police investigations after the tragic accidents between 27 July and 10 August.

In Scotland, a man died in an apparent fall from a height at a farm in Angus.

A three-year-old boy died following a collision with a vehicle at a farm in Carmarthenshire, South Wales.

In Hampshire, a man died in a crushing incident involving a ramp falling from a truck.

The fourth death was a suspected cattle trampling, after a man was found with fatal injuries and surrounded by cattle at a field in Chippenham, Wiltshire.

HSE said there was also a report of a separate incident involving members of the public being attacked by cattle.

The agency said more must be done to improve farm safety following the four deaths. It published its Fatal Injuries in Agriculture report at the start of Farm Safety Week on 19 July.

The figures show that agriculture has the worst rate of fatal injuries of all the major industrial sectors, at about 20 times the average five-year annual rate across all industries.

Adrian Hodkinson, HSE’s acting head of agriculture, said: “While we must respect the ongoing investigations following these tragic incidents, most injuries or deaths that we’ve historically seen on farms have been both predictable and preventable.

“Despite the efforts of the Farm Safety Partnership in particular, an industry-wide change in attitude is needed for farmers to take action to protect themselves and others from the well-known risks they face.

“At this time of year, we have additional factors such as the school holidays and higher numbers of members of the public enjoying the summer weather and walking along public footpaths through fields with cattle.”

Mr Hodkinson asked farmers and contractors to take the right steps to keep everyone safe by managing risk from livestock and farm machinery.

He added: “The fatality rate within the sector is high, but there are simple measures workers can take to reduce risk, including making sure to switch off the power to vehicles or machinery before attempting to carry out repairs, keeping people away from moving vehicles; and ensuring dairy bulls and cows with calves are not in fields with public footpaths.”

HSE has guidance on its website on managing livestock, reducing the risks to children and the public, and maintaining farm vehicles and machinery.