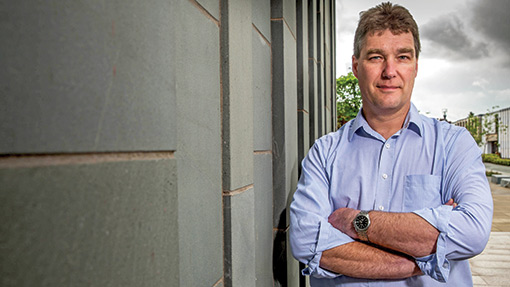 Despite its green and pleasant image, agriculture remains one of the most dangerous industries to work in. Rick Brunt, the Health and Safety Executive’s head of agriculture, tells Caroline Stocks why accident rates remain so stubbornly high, and what needs to be done to make farming a safer place.

Why is it so difficult to cut the accident rate in farming?

The industry is made up of a lot of small business, so there’s no clear and easy management structure for us to influence in the way there is in large companies.

Often there is one person doing everything in the business and they might cut corners to save time. It’s cutting corners which often leads to accidents.

How can the HSE make a difference?

Our aim is to spread the message through the industry that there are simple things farmers can do to reduce risks and make the industry safer.

Getting our messages out alone can be difficult, but we work with Farm Safety Partnerships to help get in touch with more people.

16 Predicted percentage of injuries actually reported. Fear of punishment from the HSE and failing to realise they should be reported are the main causes of underreporting, says Mr Brunt.

36 Average number of deaths per year over the past five years.

19 Percentage of fatalities over the past five years caused by moving vehicles.

1,890 Number of days per 1,000 workers lost to agriculture each year through accidents.

What are Farm Safety Partnerships?

They are self-funded industry bodies set up over the past couple of years which aim to make the industry responsible for itself. We have one in England, Wales and Ireland and we hope to have one in Scotland soon.

In England, the FSP is chaired by the NFU, but it has other members including NFU Mutual, the Agricultural Engineering Association and various colleges. The HSE isn’t a member; instead we advise the group on how it could tackle certain problems in the industry.

What targets does the HSE have to reduce farm accidents?

Our strategy is linked to themes around things like leadership and competence. My role with the partnership is to distil that into something more meaningful, such as getting messages out about training and understanding how to communicate the messages about safety.

The ultimate aim is to do something to reduce the death toll, but that is long-term as it’s a stubborn statistic to shift. If we can do something that over time will reduce it, that’s a measure of success.

What is the biggest challenge you face?

Getting people to change their mindsets when they’ve always done something that way. If you look at the types of accidents that happen they are no different from those we saw 20 years ago. Trying to underline the message that there are simple precautions can be very frustrating.

For example, the Farm Safety Partnership is pushing the Safe Stop message. So if you are getting off a machine, take four steps: engage the handbrake, put the controls in neutral, switch off the engine and remove the key. Those steps alone would stop 80% of machinery accidents. It’s such a simple message yet we were pushing that message in the 1990s and we still see the same problems.

Are the types of accidents changing as machinery gets bigger and farming practices change?

Fatalities are all similar. The three main causes of death are falling – whether that’s through roofs, or off ladders and bale stacks. Then there are machinery accidents, which are caused by the vehicle running away or still being under power when someone’s trying to clear a blockage. Finally, we see accidents where something heavy has fallen on someone.

Some categories are historically more dangerous, such as livestock production where people can get trampled, but age also comes into it. If you take people over 65 out of the statistics you take cut fatalities by a third.

Does that mean the industry needs to take a look at its retirement age as a way to stop accidents?

At the other end of the spectrum the industry has the worst record for child fatalities, which is very difficult. Farming is an industry where it accepted children will be in the farm, but we have to try to get farmers to consider farms as a workplace where they happen to live.

It’s a gradual education to see how we can change views and it will take a lot of time for those messages to work.

Has the HSE faced cutbacks like other government agencies?

Like any government department budgets have been reduced, but we have done everything we can to maintain our frontline activities. We are still putting funds into events and providing support to the partnerships.

Our approach is risk-based and we have to put resources into high-risk industries like agriculture where we can make an impact. We have found hosting safety events is more effective than one-on-one routine inspections.

They will be more targeted. Where we consider there to be high risks we will work with other government departments to tailor our resources to the quality of the information and the severity of the risk.

Is it right to prosecute when a family member has died on a farm?

It’s hard, but we have to keep in mind that part of the prosecution process is to secure justice for the victim. If someone’s lost their life we need to ask questions and see if there’s someone who needs to be held accountable. That can mean taking action against someone in their own family.

What is the biggest power you have?

Our powers range from verbal advice right up to power of entry and prosecution. Our inspectors are given sufficient power to get things right: they are robust enough to ensure that issues at every level can be addressed.

You worked on farms before you joined the civil service. Did you do things you knew weren’t safe?

I worked on farms in my teens and 20s and I can think of some of the things that seemed normal but I know were risky. It might be as simple as climbing up bales rather than using a ladder, or the machinery that wasn’t working as it should be. You knew from an employee perspective that it wasn’t right and I stood out of the way, but it puts you one step away from a mistake.

What should employees do when they know something isn’t safe?

The worst-case scenario is the young worker who’s been through college and been shown how to do something safely and correctly, only to have an older worker say, “We don’t do it like that in the real world”.

Whether you are a young worker or a family member, when you are dealing with someone with that attitude its very hard to make them step back and reconsider. In those situations it’s hard, but you have to have the courage to stand up to them.