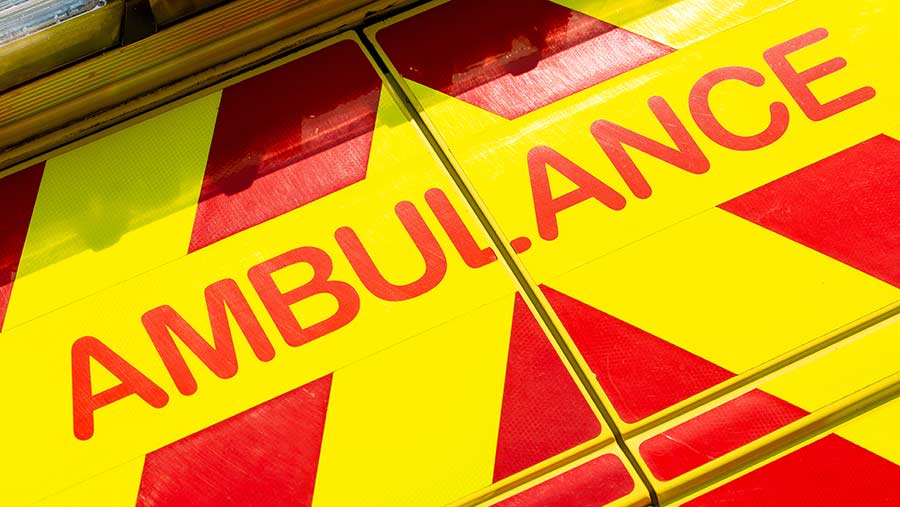 A significant upturn in the number of deaths among farmers and their staff has been recorded over the past 12 months, a situation described as “dreadful” and “not good enough” by the NFU.

Latest figures from the Health and Safety Executive (HSE) show that, in the year to 31 March 2021, there were a total of 142 workplace fatalities in Britain, of which 34 were in agriculture, forestry and fishing.

Only the construction industry, with 39 deaths, had a worse record – and when assessed in relation to the total number of people working in the sector, agriculture’s death rate eclipses all others, being 20 times higher on average.

See also: Find our health and safety advice in one place

Disappointingly, the 34 deaths in agriculture, forestry and fishing for 2020-21 compared with the previous year’s record low of 21 fatalities, pointing to a 62% increase overall.

It also compares unfavourably to the five-year average of 28 work-related deaths in the sector.

Across the board, falls from height and being struck by a moving object are the most common causes of death in the workplace, while older workers appear more at risk than younger workers.

“We all need to vastly improve our efforts to deliver a demonstrable cultural change in the way we think about farm safety,” he said.

Useful advice from the HSE

“Yet again, agriculture continues to have the poorest safety record of any industry in the UK and it’s just not good enough.”

It was essential everyone embraced simple changes to attitudes and behaviours, such as wearing a helmet when riding an ATV and following the “SAFE STOP” procedure when using a farm vehicle.

“Safety needs to be embedded in our day-to-day approach to farming, whether it’s to keep ourselves and our workers safe or anyone else coming through the farm,” said Mr Roberts.

In April, Farmers Weekly’s own assessment (confirmed by the HSE) suggested there had been more than 50 deaths on farms in the past 12 months – but this included figures for Northern Ireland and fatal accidents involving members of the public, principally being hit by cattle.

Since then, we have reported on a number of further fatalities.

In April alone, we recorded four deaths in just three weeks, while in the past month we’ve been made aware of deaths involving a 62-year-old hit by a falling bale and a 67-year old trapped under a tractor and topper on farms in Devon.

A fuller report from the HSE looking at agriculture in more detail will be issued on 19 July, to coincide with the start of Farm Safety Week.