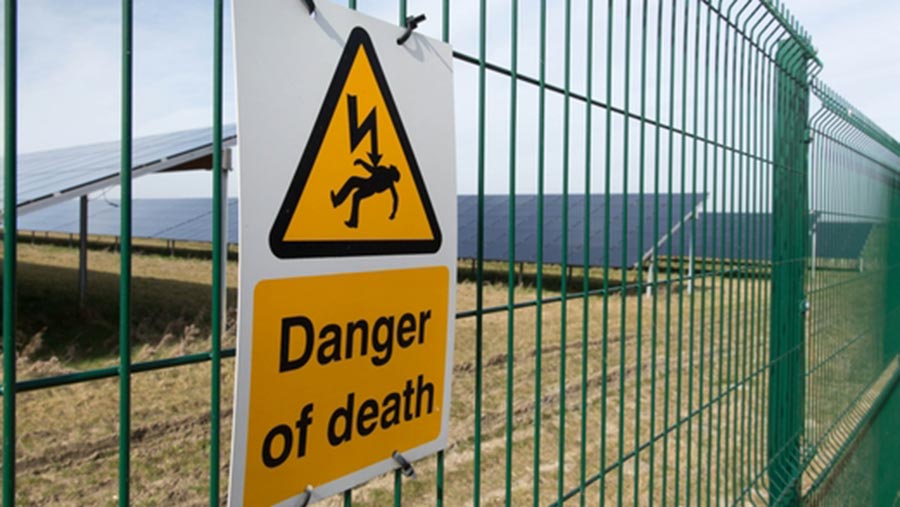 A total of 29 people were killed due to farm accidents during 2015-16, according to annual statistics published for Great Britain by the Health and Safety Executive.

The figure compares to an average annual fatality rate of 37 deaths over the five previous years, and 32 deaths during 2014-15.

The HSE accident figures were published to coincide with Farm Safety Week and were released at the Livestock Event at the Birmingham NEC on Wednesday (6 July).

Rick Brunt, HSE head of agriculture, said the fall in farm fatalities was welcome, but 29 deaths in agriculture was still 29 deaths too many.

“We do see fluctuations each year and I would be very worried if we took this as a good success,” said Mr Brunt.

“We need to keep our foot on the gas – we need to keep getting the message across that farming can be safer and we can do something about it.”

Where fatal accidents did occur, the causes of death were all too familiar.

Mr Brunt said: “It is the things we see every year: people getting run over by vehicles, people falling from height and people having arguments with animals.”

He added: “It is very pleasing that again we have no children killed this year – it is always a double tragedy when you lose a child on a farm.”

The fatalities do, however, include the deaths of two members of the public.

One 34-year-old farm visitor died when his vehicle came into contact with an overhead power line while he was collecting bales of hay.

The other was killed helping a farmer to repair a hay-turning machine when it jolted forward, causing him to fall over and hit his head on the ground.