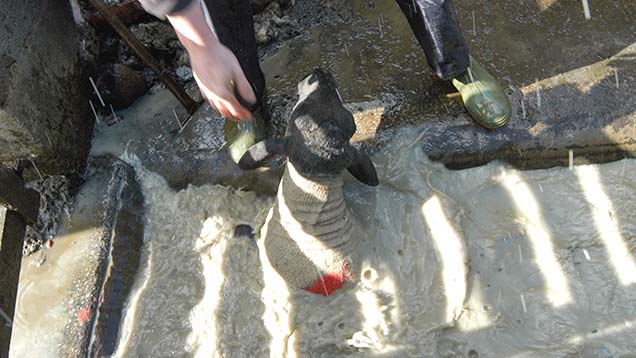 MPs are to debate the issue of organophosphate sheep dip poisoning – and the long-term impact of the chemicals on human health.

The 30-minute adjournment debate, which will take on Wednesday 10 June, was secured by Newport East MP Jessica Morden.

It is seen as a significant development by campaigners seeking official recognition that farmers were poisoned before OP sheep dips were withdrawn in the 1990s.

Adjournment debates give backbench MPs the opportunity to raise a subject of their choosing with the appropriate government minister.

Sometimes, the only speakers during the half-hour adjournment are the MP raising the debate and the minister who responds on the government’s behalf.

But Tom Rigby, from the Sheep Dip Sufferers Support Group, said he hoped farmers affected by OP dips would finally start to get the recognition and support they urgently needed.

“We hope 2015 will be the year when the farming community comes to realise the impact these insecticides have had on those involved in disease control.”