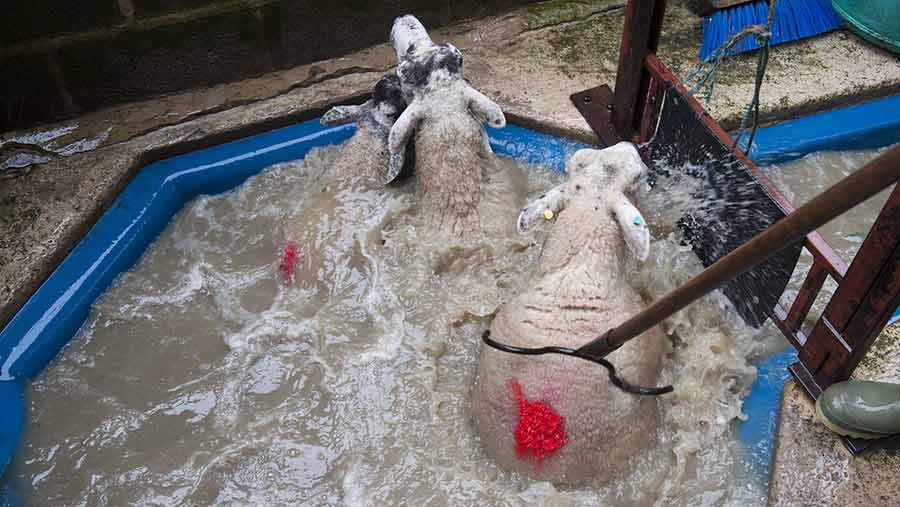 Details of a 1992 sheep dipping survey were released by the Health and Safety Executive following a Freedom of Information Request by the Sheep Dip Sufferers Group.

The HSE survey examined sheep dipping facilities and practices on a representative sample of 696 farmers across 16 different regions of Britain.

It found 160 occasions where some form of ill-health occurred after dipping.

Symptoms described ranged from headaches, nausea and aching limbs to longer term problems with joints, loss of memory and difficulty in concentrating.

The study findings say in most cases symptoms were not corroborated by medical diagnosis.

The document says: “Particular caution needs to be exercised in converting the facts relating to the health effect measured by the survey to incidence rate.”

Some commentators had claimed that “nearly 10% of the 1,800 people involved in sheep dipping believe they had suffered from ill health,” the document adds.

But such claims were not true and “a crude incidence rate” could be said to be one of 8.9 self-reported illness episodes per 1,000 dippers per annum”.

Initial survey results were published as a news release in 1993, with the title “HSE survey confirms poor working practices during sheep dipping.”

But this is believed to be the first time that the full survey results have been made public.

The Sheep Dip Sufferers Group, which is calling for official recognition that farmers were poisoned by OPs, said the 8.9 rate per 1,000 dippers suggested a total of 33,000 incidents of illness.

“Whatever the precise figure, it does seem by 1992 HSE were aware of the devastating effects dipping was having on the health of sheep farmers,” said campaign co-ordinator Tom Rigby.

He added: “We believe this is the reason Maff ended compulsory dipping in June that year – something they have always denied.”

Mr Rigby said the campaign was now requesting disclosure of correspondence between HSE and Maff in the weeks prior to the decision being taken to end compulsory dipping.

Defra minister George Eustice said last autumn that he would look back through the government archives from the time when compulsory dipping was discontinued.

Mr Eustice said: “This work is under way and we hope to provide more information in due course.

“I am sympathetic to farmers suffering from ill health and acknowledge that some of them associate their illness with the use of OP sheep dips.

“The use of organophosphate is controlled to minimise the risk to humans and safety advice has always been based on the latest available scientific evidence.

“The government committed over £4m to research this issue, and the Committee on Toxicity has looked at this matter exhaustively over the past decade.

“Its conclusions are clear that low-level exposure to organophosphate does not cause long-term health effect in adults. However acute poisoning can, in some cases, have longer-term effects.”