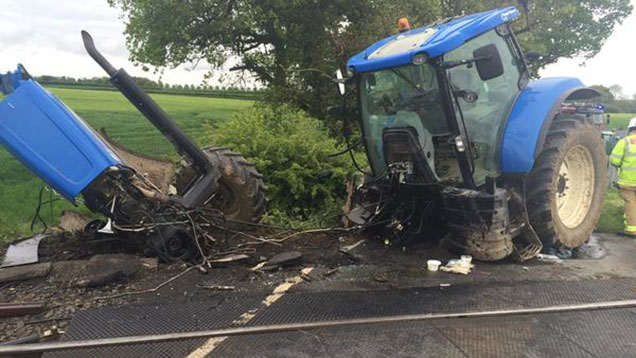 A tractor driver narrowly cheated death after his vehicle was hit by a train on a level crossing.

British Transport Police said the driver was taken to Harrogate District Hospital with minor injuries after the crash between Knaresborough and Cattal on Thursday evening (14 March).

A spokesman for Northern Rail said: “The 5.29pm Leeds to York service struck a vehicle on a level crossing between Knaresborough and Cattal. The incident was reported at 6.20pm.”

North Yorkshire Fire and Rescue Service sent five vehicles to the scene. Police and ambulance crews attended and the A59 was closed until the carnage was cleared.

Train services were running back to normal on Friday (15 May).