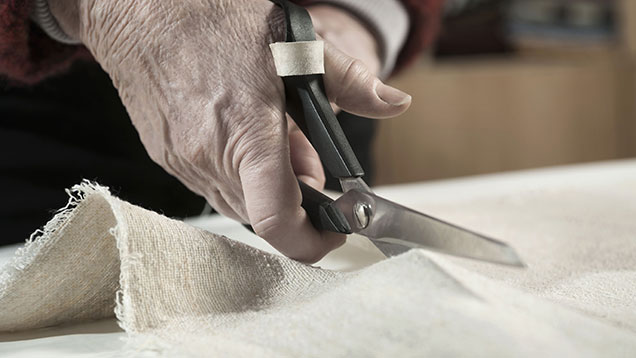 Wiltshire reader David Street has won the Farmers Weekly farm safety tip of the month competition, which is run in association with Buckler Boots.

Mr Street shared his personal story of an accident, which has made him change his approach as a result.

“A couple of years ago, I was cutting the liners out from the large 600kg fertiliser bags to separate them for recycling,” he said.

“The penknife I was using slipped and my left hand got in the way. I severed one tendon and damaged another in my left hand, which landed me in hospital for 24 hours and my left hand next to useless for six weeks. The surgeon did a great job repairing it and the damage is barely noticeable. My hand was fully functional 10 weeks after the incident – a great credit to the NHS.

“However, I do advise against using knives for such activities. I now use a sharp pair of scissors instead and keep my hand well out of the way.”

Mr Street works on his father’s arable farm near Salisbury. His prize is a pair of boots from the Buckler Boots range.

If you have a safety tip you would like to share, that might help raise awareness of the dangers of working in agriculture, then send it to jonathan.riley@rbi.co.uk.

Every month the person who sends in the best tip for our online health and safety page will win a pair of Buckler Boots.