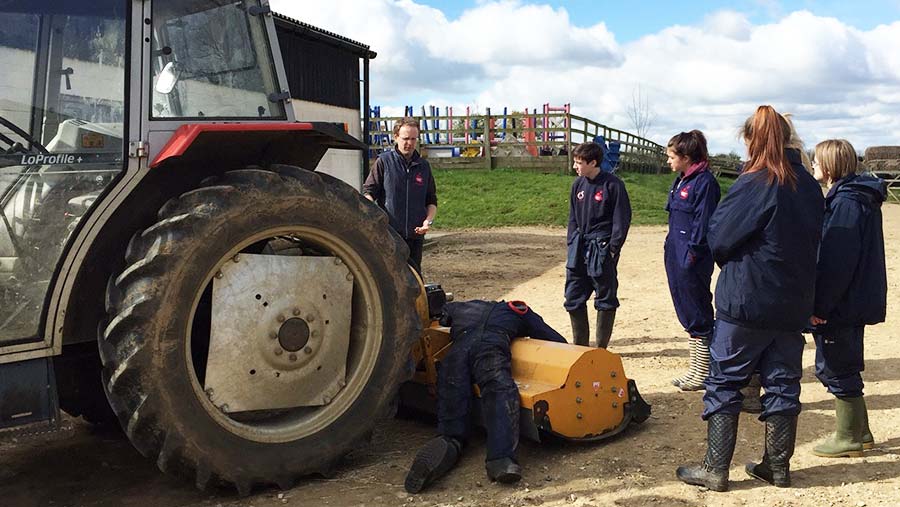 Training on the safe use of tractors © Farm Safety Foundation

Many young farmers believe their attitudes towards farm safety have changed thanks to industry initiatives such as Farm Safety Week (4 – 8 July) and the Farm Safety Foundation’s Yellow Wellies campaign.

But although 96% agreed they were increasingly well informed about how to stay safe on farms, many said they continued to take risks.

For the research, carried out by the Farm Safety Foundation, 250 young farmers aged 18 to 40, based in the UK, were surveyed about their attitudes to farm safety.

When asked specifically about certain ways of working on farm, the responses to the survey suggest an increase in unsafe behaviour.

See also: 10 shortcuts that could kill you at harvest

Of those polled, 44% agreed slightly and 13% agreed strongly that they were prepared to take risks when doing jobs around the farm.

Nearly one-third (29%) agreed slightly and 8% agreed strongly that they cut corners – even if they know it makes jobs unsafe.

And 34% agreed slightly and 20% agreed strongly that they sometimes tackle repair jobs themselves to save money, even if outside their skill-set.

In addition, 16% agreed slightly and 4% agreed strongly that they follow unsafe orders from someone “even if I know it’s not safe”. 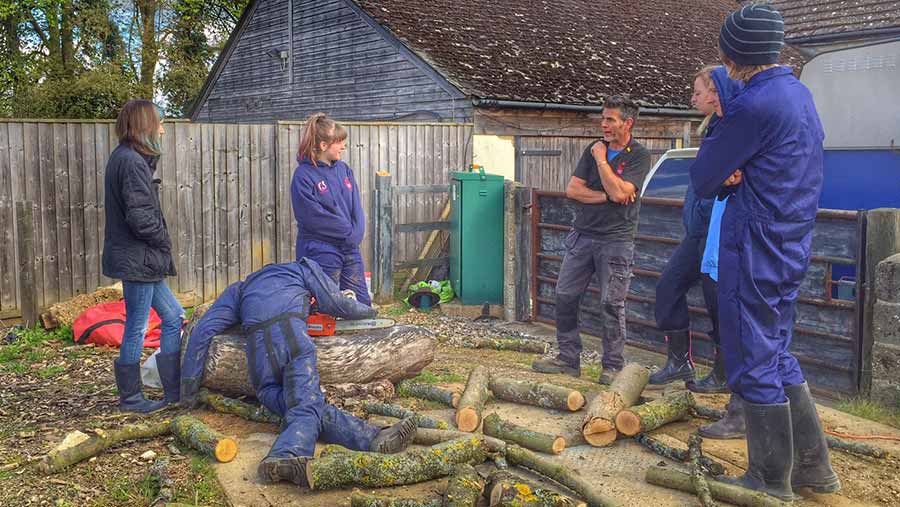 The majority of farmers admitted they climbed on to roofs, even if they were unsafe; climbed ladders that were not properly secured or damaged; and worked when they were tired.

However, the survey found that positive behaviour towards farm safety was widespread, but far from universal.

For example, 79% wear safety gear when necessary, 74% usually use restraining/handling facilities for animals, and 77% check for potential hazards.

But 13% said they worked unsafely with slurry and 11% admitted they did not check tractors or machinery before use.

“This needs to change. The greater ‘noise’ being created must be used to address attitudes, encouraging a dialogue about why risky behaviour will eventually lead to an accident.”

Ms Berkeley added that a lot more could be done to help young farmers work safely at all times.

“As the next generation of farmers, young people with a solid knowledge of safe working practices will have a greater capability to make informed and safe decisions, which can only be good for the future of the industry.”

About half of the under 30s surveyed were members of young farmers’ clubs, which remains a “key channel to reach this age group”.

He added: “We are keenly aware that more work needs to be done to change the behaviour of young people working on farms.

“Future plans include working closely with the Yellow Wellies campaign, the Farm Safety Partnership and the HSE to address this.”