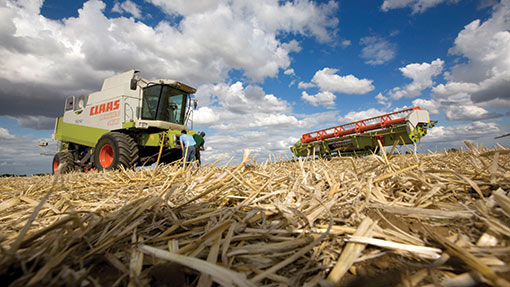 A spate of farm fatalities and serious injuries has prompted calls for farmers to step up safety measures as harvest approaches.

In the past 10 days, three people have died and two businesses have been heavily fined in farming-related incidents.

The latest tragedy involved young farmworker and keen footballer Kevin Dorman, who was killed in a tractor crash in Sidmouth, Devon .

Mr Dorman, 25, died after his tractor ploughed through a hedge and overturned on the road, near Houghton Farm, Northmostown.

A trailer full of grass crushed the tractor, trapping Mr Dorman inside the cab. He died at the scene from his injuries.

In a separate incident, holidaymaker Peter Jakeman was trampled to death by a stampeding herd of cattle .

Mr Jakeman, 62, of Callington, Cornwall, had been walking with his wife and their two dogs when they were attacked in Ashbourne, Derbyshire.

Last Thursday (15 May), experienced stockman John Turner, 60, died in hospital after being trampled by a cow at Kilmister Farm in Wragby, Lincolnshire .

Elsewhere, two farm businesses were fined a total of £62,000 for incidents resulting in a fatality and a serious injury.

NFU vice-president and chairman of the Farm Safety Partnership Guy Smith called on farmers to prioritise safety this harvest.

According to the Health and Safety Executive (HSE), farming accounts for 36 deaths a year on average in Great Britain.

Mr Smith described this figure, which includes adults and children, as “unacceptably bad”.

“Over the past 10 years, 40 farmers have been run over by agricultural machinery, often their own machinery,” he said.

“And 30 have been drawn into farm machinery, for example working on machinery while the gearing is engaged with the pto.”

While research shows that if farmers observed simple recommendations in the Farm Safety Partnership’s “Safe Stop” campaign, it could prevent seven deaths a year.

“This harvest, have a look at the recommendations in the Safe Stop campaign and observe them,” he added.

“It might add a few minutes to your working day, but if it saves seven lives a year, it’s a price worth paying.”

And everyone should read the partnership’s “Stop! Think! Slurry Gas!” leaflet launched this week at the Grassland & Muck event .

Rick Brunt, HSE head of agriculture, said: “Agriculture has a poor record of managing risks and the causes of deaths and injuries has not changed in decades. Collectively, we must work together to improve this.”