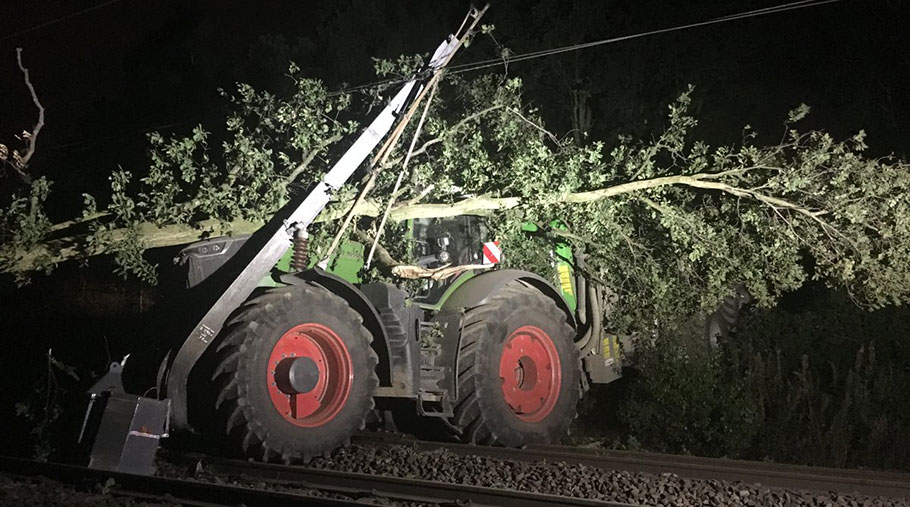 A tractor and trailer which crashed on to a railway line in Yorkshire has caused major disruption to train services.

The Fendt tractor and trailer ended up stuck on railway line causing damage to the infrastructure including the tracks and overhead electric wires.

The incident happened at Fitzwilliam, near Wakefield, West Yorkshire at 8.55pm on Wednesday (15 August). 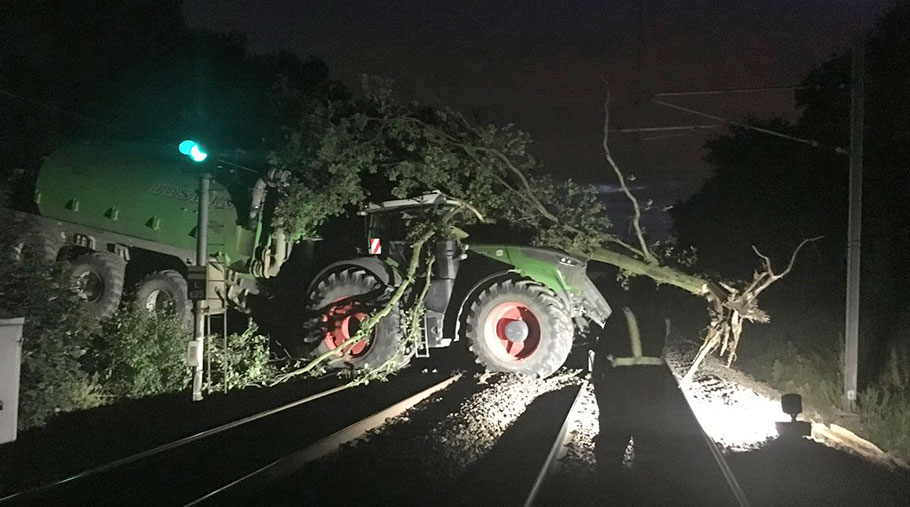 Specialist technical rescue teams from Cleckheaton Fire Station and teams from Network Rail worked through the night to recover the vehicle from the tracks.

Pictures showed an uprooted tree resting on the tractor. 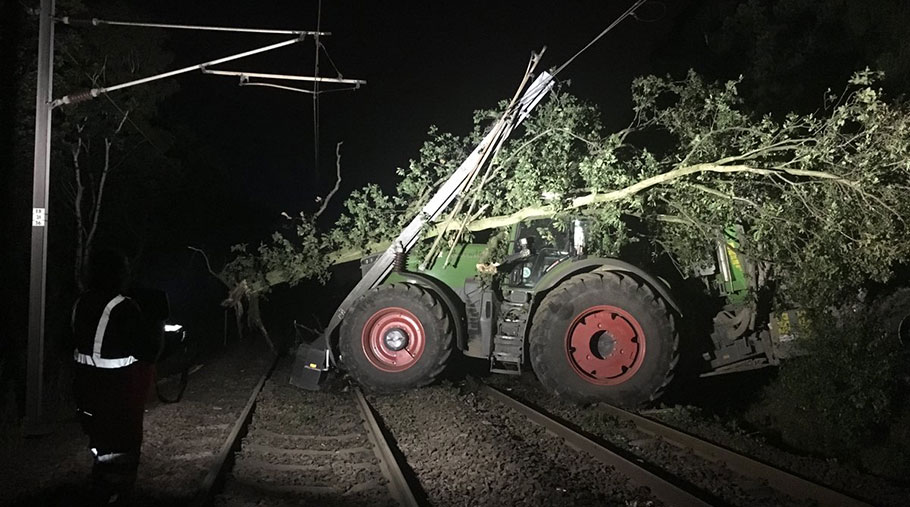 The vehicle was eventually removed from line at 5.37am on Thursday (16 August).

Network Rail experts are inspecting and repairing the track and electric lines.

It said damage to the railway infrastructure including to the tracks and overhead electric wires caused by the incident had resulted in all lines being blocked.

Network Rail said it hoped to have all services running again by 6pm on Thursday.