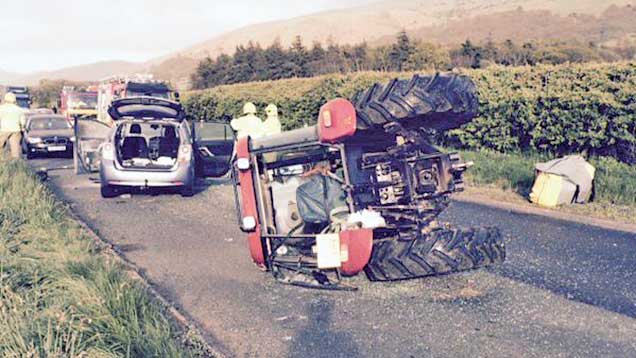 A 20-year-old man was rushed to hospital following a multi-car crash involving a tractor and trailer and several cars.

Rush-hour commuters faced delays of more than an hour following the crash on the A55 near Bangor on Tuesday evening (28 April).

The accident happened shortly after 6pm between Station Road and Roman Road.

The westbound carriageway was closed for more than an hour while the road was cleared to allow police accident investigators to gather information from the scene.

The Welsh Ambulance Service said a man, aged 20, was taken to hospital by ambulance to be treated for serious, but non-life threatening, injuries.

A North Wales Fire and Rescue Service spokesman added: “We were called at 6.06pm to an accident involving a tractor and several cars.

“Crews from Bangor and Conwy attended. One casualty has been taken to hospital by ambulance.”