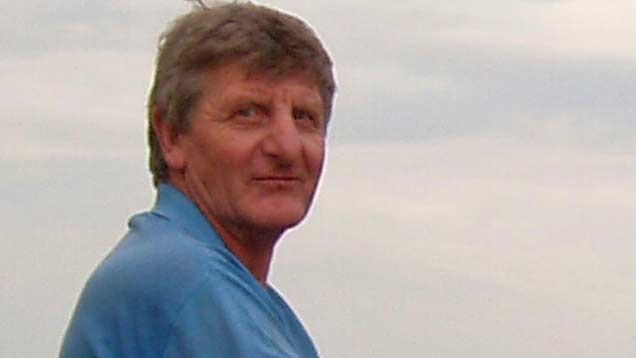 The heartbroken family of a popular Kent farmer who died in a farm sprayer accident have described him as a “wonderful husband, dad and granddad” who would “do anything to help anyone”.

Alan Dimbleby, 62, was spraying a cover crop in a field near Westerham, Kent, last Thursday afternoon (23 July) when he was involved in an accident.

The father-of-three was driving a Bateman sprayer down a steep hill when he lost control of the vehicle.

It is believed the sprayer flipped over a number of times before landing on its side.

Mr Dimbleby was ejected from the cab and he suffered a deep laceration to his head and a fractured neck.

A co-worker who found him dialled 999 and an air ambulance, police, paramedics and two fire engines were sent to the farm.

Mr Dimbleby was treated for his injuries at the scene and taken by land ambulance to St Georges Hospital in London for further treatment.

However, he died in hospital in the early hours of Friday (24 July) after his family followed doctors’ recommendations to take him off life support.

Mr Dimbleby had more than 40 years’ experience working as a farmer. He worked as a contract sprayer operator across Kent.

He also worked for Lantra training people how to drive forklift trucks and telehandlers and at NSF International on crop assurance.

Mr Dimbleby was born at Park Royal, London, and brought up in Harlesdon NW10. But he fell in love with farming and studied at the Berkshire College of Agriculture.

He married his wife Gill in 1974 and together they had three children, Marc, 36, and twins Thomas and Laura, 30.

Proud son Thomas described his father as a “legend” who would “do anything to help anybody”.

“Dad was one in a million,” said Thomas, who works as a manager at a green waste centre.

“Everyone who met him liked him. I don’t know anyone who had a bad word to say about him.

“He was such a happy chap. He would have done anything to help anyone.

“My mum loved him to bits. He was a truly wonderful husband, brother, dad, friend and granddad to eight children.”

Thomas said he would remember his dad for the “bad jokes he cracked at Christmas” and his dress sense – he was always wearing jeans or shorts and a polo or checked shirt.

“I had completed my tractor tests and helped him out on the farm afterwards. I was great actually working with my dad, which I’d longed to do from an early age.

“I used to help him during harvest when he was combining.”

Thomas said the best way he could pay tribute to his father would be to follow in his footsteps.

Now he plans to train as a sprayer operator and forklift truck and telehandler instructor himself.

“I think dad would be so proud,” he said, “as he was of all his children.”

Thomas made a plea to everyone working on farms to stay safe this harvest.

“There are more deaths in agriculture per worker than in any other industry,” he said.

“Be careful this harvest – don’t risk anything. Think about what you are doing and seek advice if you are unsure about completing a job.

“It is better to be safe than sorry. I don’t want anyone else to lose a dad, brother or granddad.”

Mr Dimbleby was a well-liked and popular member of the community in Pratts Bottom, Kent, where he lived.

Local resident Sue Short said: “He was simply a lovely man – famous for cracking corny jokes; relied upon to help when help was needed.

“Within him was something special. Without him we are bereft.”

A spokeswoman for the Health and Safety Executive said it was aware of the death and is investigating.

A convoy of tractors will drive from Tonbridge to Pratts Bottom for Mr Dimbleby’s funeral, as part of a celebration of his life.

Any farmers who would like to bring their tractors to take part in the procession are asked to email thomas.dimbleby@hotmail.co.uk