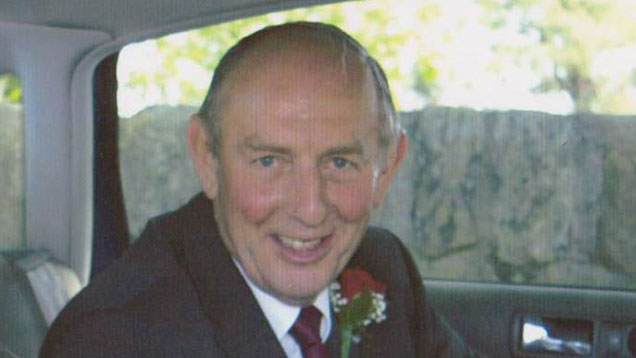 Picture sent in by family.

Tributes have been paid to a much loved farmer and devout Christian who was tragically killed in a farm accident.

The father-of-three and grandfather-of-four was airlifted to hospital where he later died.

See also: Man dies after being trampled by cattle on Lancashire farm

It is understood that Mr Knowles had been knocked unconscious by cattle on the farm.

The Health and Safety Executive (HSE) is aware of the incident and is making preliminary enquiries and a coroner has been informed.

Mr Knowles had enjoyed two spells as churchwarden of St Lawrence Church in Barton, Lancashire, finishing the last one in January 2014.

Stephen Cooper, team rector of the Fellside team of parishes, said his death had caused huge shock in the farming and church communities.

“Keith had been churchwarden twice and had been involved in the church for many years,” said Rev Cooper.

“He was a really big part of the community. His death has caused a huge sense of shock, not just in the immediate area but further afield. He was a good guy”
Stephen Cooper, team rector

“He was a really big part of the community.

“His death has caused a huge sense of shock, not just in the immediate area but further afield. He was a good guy.”

He added: “Keith and his sons had built up really good farming businesses.

“He ran the beef enterprise and one of his sons runs a dairy farm.

“Although he was 76, he was still thinking about how the farm was developing.

“He was someone with energy and drive. He was an excellent stockman.”

In an obituary placed in the Lancashire Evening Post, Mr Knowles’ family said: “Sadly missed by all his family and friends. Will be forever in our hearts.”

He leaves behind his wife Brenda and their three children Alistair, William and Helen.

In a statement Mr Knowles’ family said: “Brenda and her family thank you for all the kind wishes and cards of condolence they have received and for being with them at this sad time.”

The funeral of Keith Knowles will take place at Barton Parish Church of St Lawrence on Monday 21 September.