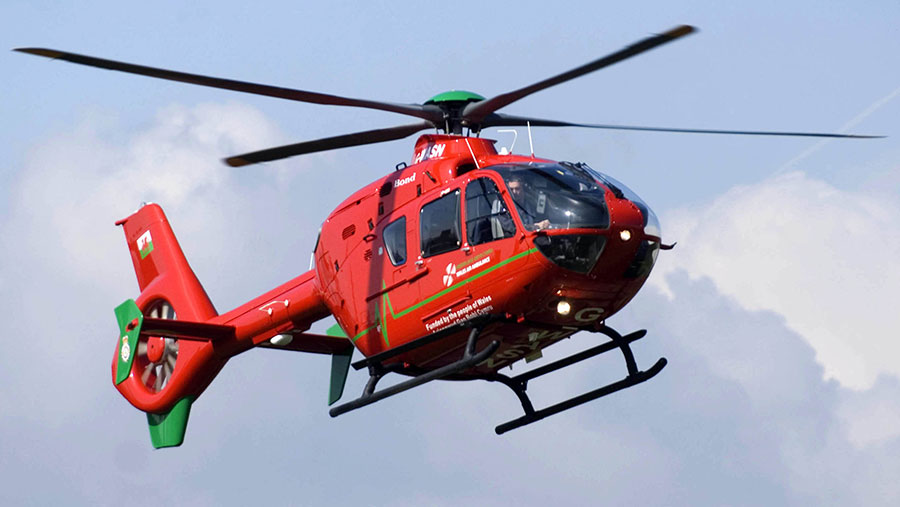 Two farmers have been airlifted to hospital after both were seriously injured in separate incidents involving cattle.

The Farm Safety Partnership (FSP) kicks off the second part of its #DriveSafetyForward farm safety campaign this week focusing on safe handling of livestock (April to June).

The latest incidents are a timely reminder to livestock farmers to take extra care during this busy period of lambing and calving.

In Scotland, Perthshire farmer Murray Alexander, aged in his 40s, was airlifted to hospital after being injured by a cow on a farm near Murthly on Sunday night (31 March).

Mr Alexander, who is also the managing director of construction company Algo, was flown to Ninewells Hospital in Dundee by the Scottish Charity Air Ambulance. His injuries were said to be serious, but not life-threatening.

A spokesman for Police Scotland said the incident was being treated as an accident.

Meanwhile, it has emerged that a farmer from Surrey was badly injured in late March after being trampled by a cow she had been helping to calve.

The woman suffered serious chest and leg injuries in the incident on a farm in Bletchingly, near Redhill, the Metro reported.

She was taken by air ambulance to St George’s Hospital in Tooting, London, where doctors had been put on emergency standby.

A spokesperson for the Health and Safety Executive (HSE) said: “HSE has not yet been formally made aware of this incident but dutyholders do have up to 10 days to inform us of reportable incidents to us via the official channels.”

Rick Brunt, HSE head of agriculture, said: “Each year a number of people are killed or injured in incidents involving cattle.

“HSE is concerned about the numbers and severity of these incidents and is currently carrying out an inspection campaign looking at how well livestock farmers manage these risks.”