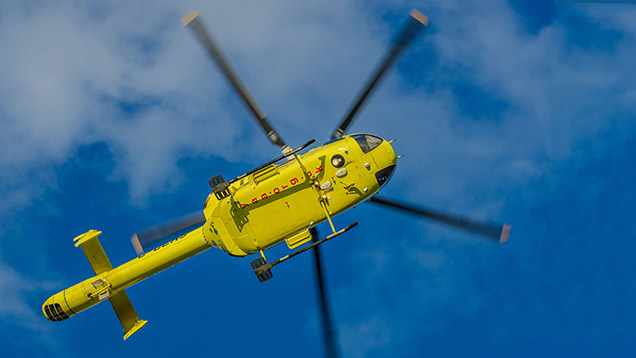 A farmer, who suffered severe injuries when she was trampled by a herd of cows, has been placed in a coma.

Jenny Baxter was celebrating her 76th birthday and had taken a friend’s dog for a walk when it ran into the herd of cows at Hothe Court Farm, near Canterbury, Kent, on 30 September.

About 30 cows, with calves at foot, stampeded as Mrs Baxter tried to rescue the young Labrador.

She suffered multiple fractures, lacerations and head and neck injuries and was airlifted to King’s College Hospital in London.

The alarm was raised about an hour and a half after she left home when the dog was spotted running loose.

Phone calls to Mrs Baxter’s mobile went unanswered and her farming partner Don Shilling went out to look for her.

She may have lain injured for as long as 90 minutes before she was discovered, according to a family member who asked not to be named.

In an interview with the Kent Messenger newspaper the family member said Mrs Baxter had more than 20 years’ experience working on the farm.

“If she had thought she couldn’t control [the cattle] she would never have gone in there. She’s very experienced with all animals.”

“She’s very strong and she’s in a stable condition and in good hands,” the relative added.