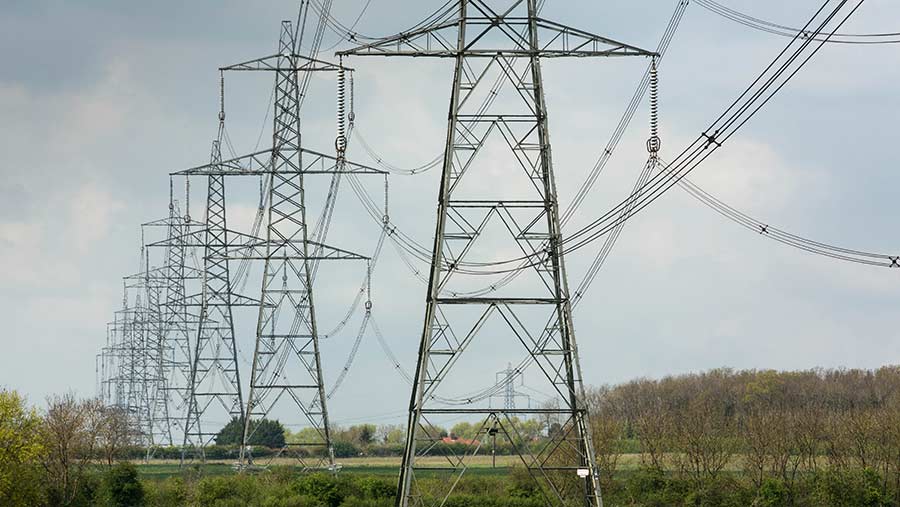 A young farmer died after being electrocuted when his tractor-trailer came into contact with an overhead power cable, an inquest heard.

Jackson Maplethorpe, from Billinghay, near Sleaford, Lincolnshire, was working at his family farm in Digby Fen when the incident happened on 7 November 2016.

An inquest held at Lincoln Cathedral Centre on Monday (17 July) heard the 18-year-old’s trailer hit an overhead cable, causing 6,000V of electricity to rush through his body.

Mr Maplethorpe, who was a student at Riseholme College and chairman of Coningsby Young Farmers’ Club, suffered burns to his hands and feet during the incident. He was pronounced dead at the scene.

Witness Samuel Shaw, who was sub-contracted to work at the farm at the time to complete slug pelleting, was the first to find Mr Maplethorpe after the incident – and immediately realised something was wrong.

He found the tractor was still running and Mr Maplethorpe was  on the grass with his feet at the bottom of the tractor step .

Mr Maplethorpe had been attempting to clean the trailer ready for the next day, when he would be working on sugar beet, he added.

Mr Shaw’s brother, Thomas Shaw, also worked at the farm. He told the inquest that Mr Maplethorpe was aware of the power lines as they had had a conversation about backing the combine further in the field so they could work safely.

“I think he meant to push the switch [to the trailer] into the float position, but he hadn’t pushed the switch enough, which caused the trailer to go up into the wire.”

A toxicology report at the inquest found there were extensive burns to the left hand and there were several burns found on both feet. The cause of death was found to be electrocution.

Lincolnshire Police detective sergeant Jonathan Shield told the hearing the trailer had made direct contact with the power line and at that point there would have been a complete circuit flowing through the trailer and tractor.

“Having raised the trailer, Jackson then made his way out of the cab,” he said. “It is my own opinion that his intention was to clear out the remaining dirt in the trailer, judging that a shovel was at the rear of the trailer.

Following his death, Mr Maplethorpe’s family paid tribute to him, saying he was a “widely loved and respected member of the farming community” who “loved farming, the countryside and country pursuits”.

The inquest is set to continue on Tuesday (18 July).