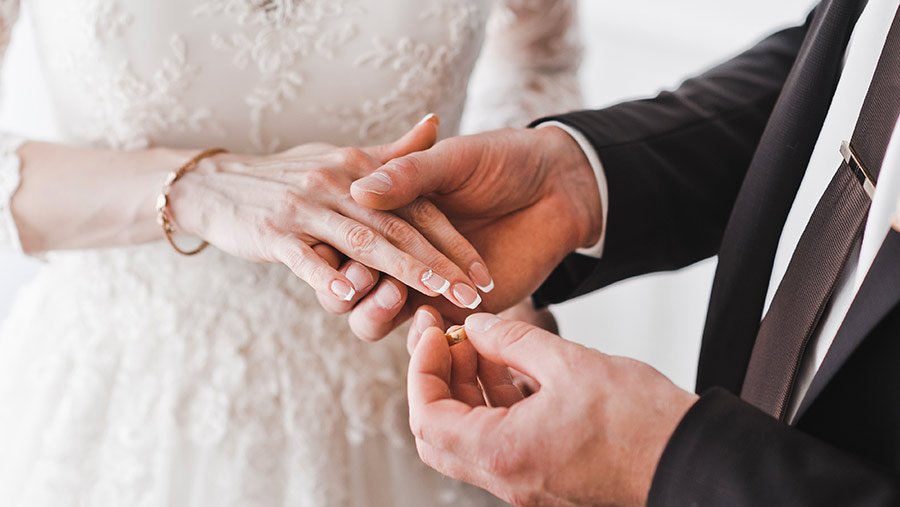 Recent years have seen pre-nuptial agreements move from the world of the super-rich to being a tool many now consider in advance of marriage.

Abby Buckland, senior associate in the family and divorce team at law firm Kingsley Napley, sets out how they are viewed by the courts and how to correctly set up such an agreement.

The aim of a pre-nuptial agreement is to reduce disputes on a divorce and it is often parents who push for a pre-nup to be made.

These agreements have particular appeal to farming families because they offer a way to preserve wealth and ring-fence assets that have been in a family for generations.

How to make your agreement capable of being upheld

They can help prevent a situation where it is necessary to sell all or part of the farm, or to split it 50:50, which is the usual rule of thumb for asset division in divorce.

The Supreme Court case of Radmacher v Granatino nine years ago was pivotal for giving legal effect to a pre-nuptial agreement and shifted the balance in favour of upholding them.

Unlike in other jurisdictions (including Scotland), pre-nups are not binding in England and Wales. Judges have a degree of freedom when deciding whether to uphold one in whole or in part.

However, the courts are heavily influenced by the existence of a properly implemented pre-nuptial agreement and view it as a demonstration of the intention of the parties.

Individuals often worry about how to introduce the topic of a pre-nuptial agreement. In our experience, it helps to make clear that its purpose is to preserve a farm for future generations.

The majority of cases where pre-nuptial agreements have not been upheld in the past nine years have been where the court has felt that one or more of the factors below has not been satisfied:

The court will struggle to uphold an agreement that it considers to be unfair – for example, where one spouse would be left in a predicament of real need.

The agreement must provide for the financial needs of the wife (and it is usually the wife) and children, even if the provision is some way below what the husband will retain and what the court would have awarded in the absence of a pre-nuptial agreement.

The question of disclosure tends to be case specific. However if there is a material lack of disclosure and information, for example a failure to provide a full summary of finances and, if requested, underlying documents and valuations, you could fall short of what a court would expect.

Both parties should receive independent legal advice. The court must see that the financially weaker party has a full appreciation of the implications of the agreement they are signing and what they are giving up by signing it.

4. There must be no duress

Both parties need to be seen to enter into the agreement by their own free will. The presence of any duress, fraud or misrepresentation will negate the agreement and make a judge less likely to uphold it, if challenged.

The agreement should be signed in good time before the wedding (at least 21 days prior), otherwise a party may successfully persuade a court that they were pressured into signing.

A pre-nuptial agreement cannot allow a party to contract out of an obligation to maintain their children and the agreement will not be allowed to prejudice the reasonable requirements of any child.

It is therefore essential that the needs of any (future) child(ren) are catered for in terms of the agreement or left open, to be dealt with fairly at the time the agreement is put into effect.