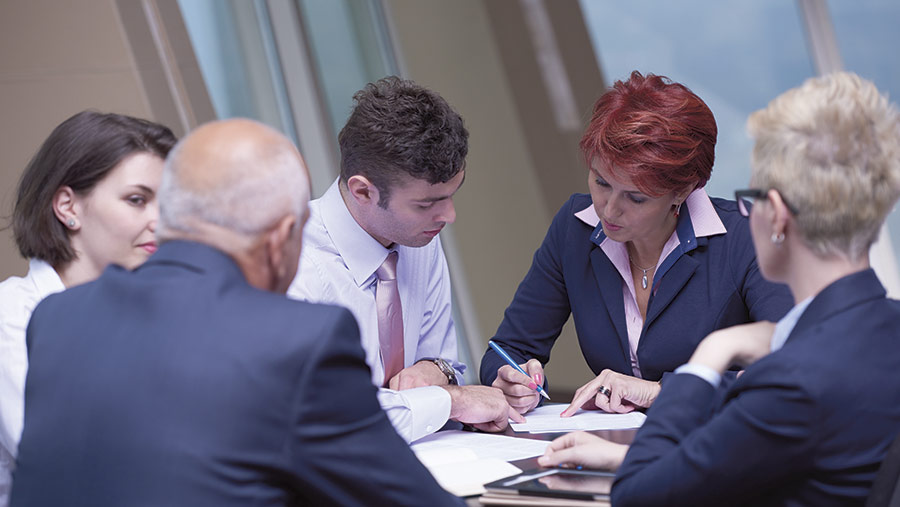 When planning for the future ends with multiple parties at loggerheads, no one is a winner­­­­ and the farm business can suffer as a result.

That’s why some families are turning to professional mediators to help iron out their differences.

A non-adversarial method for resolving disputes quickly, mediation is well-suited to agricultural settlements and is growing in popularity.

Mediation was introduced to the UK in 1989, but has recently become better known through its widespread use in family courts.

A mediator is a neutral third party who does not decide the matter for the parties, as a judge or arbitrator would, but makes suggestions or challenges assumptions to ensure settlements will be robust, mutually satisfactory and workable.

In the rural sphere, mediator David Hooper from Brown & Co recommends seeking advice from the Central Association of Agricultural Valuers (CAAV) to find a mediator. Alternatively, your solicitor can refer you.

Mr Hooper decided to become a mediator after experiencing an acrimonious clash between two brothers who had run up tens of thousands of pounds in costs over 20 years and resulted in the sale of their farm.

Who needs to come to the mediation?

“It’s essential that decision-makers are present, so that a party does not have to phone someone for authority to settle at the last minute,” said Mr Hooper. “That’s usually a recipe for disaster.”

“I realised there had to be a better way of dealing with this sort of dispute, which is very common in the farming world,” Mr Hooper says. “In an ideal world, people would use mediation very much earlier than they typically do.”

Mr Hooper has been involved in more than 150 mediations and now does between 20 and 30 a year. He believes mediation is particularly suitable for agricultural disputes because they so often involve families or long-standing business relationships that could be torn apart by litigation.

Generally a solution is reached within the mediation’s allocated day, but discussions can be held over more than one day or be adjourned to continue at a later date if necessary.

“Too many mediations fail because one side has not come fully prepared,” says Vivienne Williams, partner at law firm Michelmores.

“The solicitor needs to be prepared as if they were going to court that day to argue the case. The client needs to be aware of the strengths and weaknesses of their case and know what a good outcome looks like.”

Ms Williams has experienced mediations where the settlement has been signed in the early hours of the following morning and warns parties need to be prepared to wait around.

Most mediators structure their charges at a fixed fee for an eight-hour day, with an hourly rate thereafter. However, after eight hours, Ms Williams suggests assessing whether it is worth continuing.

The cost of a mediation is likely to be considerably cheaper than the costs of taking the case all the way to trial, but parties have to accept they are spending money without any certainty of a settlement.

Pros and cons of mediation