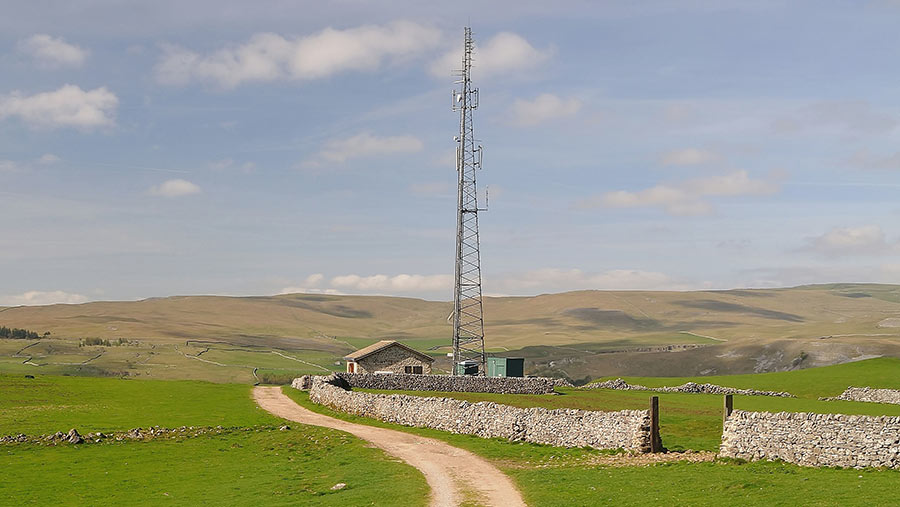 Farmers can refer to a three-stage process outlined by the Upper Tribunal when negotiating telecoms mast rents to help avoid a costly court case.

The Electronic Communications Code was introduced in 2017 and had significant implications for landowners who rent out mast sites, as more power was given to telecoms companies, which began to offer extremely low rental fees.

Disputes involving the code are handled by the Upper Tribunal, which has now set out a way to assign rental figures.

See also: How to make sure your telecom mast agreement is fair

During a recent case, which involved a telecoms mast in woodland on a rural estate in the South Downs National Park, the Upper Tribunal set the rent at £1,200/year.

The Upper Tribunal adopted a three-stage approach, which took into account the particular characteristics of the site, and could help shift the backlog of disputes.

Kate Russell, policy adviser at the Central Association of Agricultural Valuers (CAAV), said: “The three-stage approach can now be used to help landlords build rental figures for their particular site.

“The message from the tribunal is clear: Landowners have to make a careful assessment of the benefits and burdens imposed by an agreement on their site and provide evidence to support their arguments.”

Stage one: Assess any alternative use value of the site.
Ms Russell said: “It was £100/year for the small South Downs woodland site, but where a site has genuine prospects for a more valuable alternative use – such as in a yard suitable for outdoor storage – the landlord should provide evidence to support a higher figure.”

Stage two: Consider the additional benefits the agreement gives to the tenant.
In this case, a right to enter the landlord’s adjoining property to carry out necessary works was included, which was valued at £150/year.

The tenant’s right to a rolling break clause after five years was agreed to be worth £100/year or 5% of the rent.

Ms Russell said: “This is a common term in telecoms agreements which is of real benefit to the tenant.”

Other benefits that should be paid for include the right to keep the existing mast; maintaining connections to an electricity supply; and carrying out pruning or trimming of the landlord’s trees.

In total, the tribunal awarded £600 for this element.

Stage three: Consider the adverse effects on the landlord.
Ms Russell said: “In this case, the tribunal found evidence of the impact of third-party access to the heart of a rural estate, occasional use of a generator (with associated noise and vehicle movements to refuel), concerns over the potential impact of future upgrading, and loss of amenity.”

It awarded £500/year to reflect these issues.

“Some landlords will be surprised to see the rent as low as £1,200/year, but it is considerably more than the offers of less than £100/year that operators were originally making,” said Ms Russell.

“However, the tribunal suggested that where terms were agreed between the parties, rents might be twice as much as where it imposes terms, to allow for an element of incentive and to avoid the risk and cost of going to the tribunal.”

Landlords negotiating a consensual agreement should also reserve the right to make future compensation claims, as there is no statutory opportunity to do so at a later date.