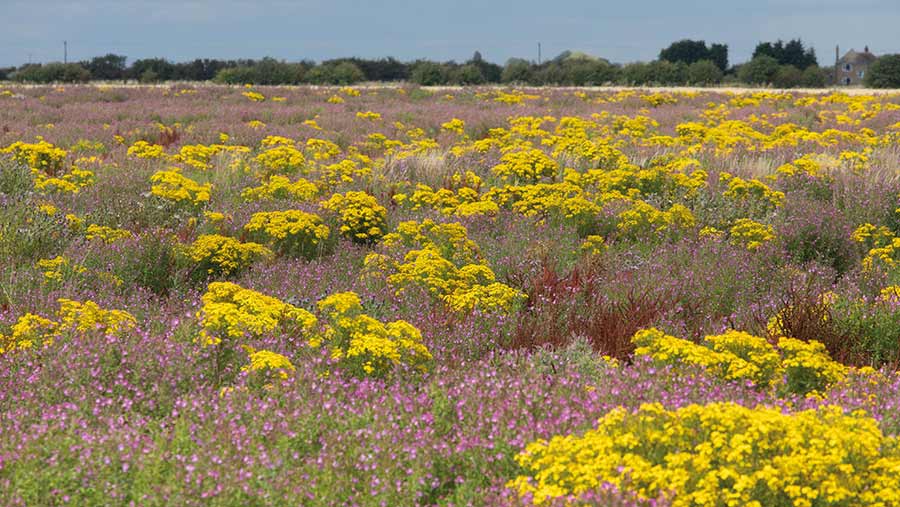 Ragwort is a common problem on poorly managed farmland. However, its incidence appears to be growing elsewhere too, increasing the threat to grazing animals and the risk of it spreading to neighbouring land. Suzie Horne reports

All landowners and occupiers have a legal obligation to manage the risk from common ragwort and prevent its spread to agricultural land.

More poisonous in its dried state than when growing, it is a vigorous plant which is not fussy about soil type. It produces up to 150,000 seeds from a single plant, with a germination rate of up to 70%. The seeds are mainly carried on the wind and have a relatively long viability.

Changes in the management and use of land mean the risk is likely to grow.

See also: How to control ragwort

Aside from any farming neighbour issues with the plant, the huge pressure for infrastructure and housing development alongside the squeeze on local authority spending, has led to poor management of the weed on associated land. 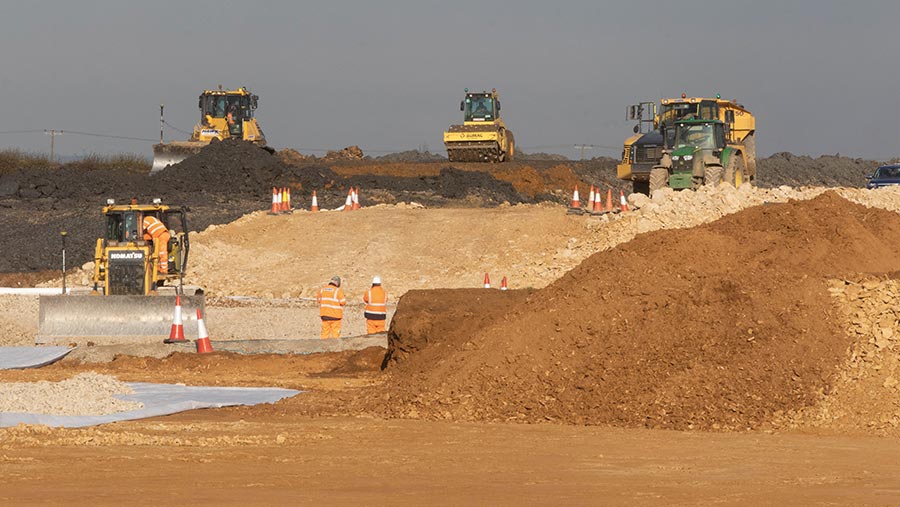 The disturbance of land such as on construction sites raises the potential for ragwort to spread on roadsides and other development sites.

Land agents are also encountering it as a growing problem on areas used as accommodation land during road and house building, where land is taken temporarily while construction work is carried out.

Landowning bodies such as Network Rail, British Waterways, Natural England, Forest Enterprise, the Ministry of Defence, local authorities, charities and water companies carry the same obligations as any other owner or occupier to control the spread of ragwort.

The coming changes in farm support will take more areas of agricultural land out of conventional production for alternative uses such as rewilding, biodiversity net gain and other mitigation measures for construction and development.

This, and the rising rate of land purchase by non-farming buyers, also potentially raises the risk of further ragwort spread.

Ragwort is one of five injurious plants covered by the Weeds Act 1959. Under this act, the Secretary of State for the Environment, Food and Rural Affairs (or the relevant office holder in Scotland or Wales) can serve a notice requiring the occupier to take action to prevent their spread.

An unreasonable failure to comply with such a notice is an offence.

The five weeds are:

The Weeds Act applies only to common ragwort. Other species of ragwort may be equally toxic to livestock, but are less common or relatively rare. In some situations they may need to be controlled, but some species, such as fen ragwort, are protected.

The Ragwort Control Act 2003 amended the Weeds Act and gives evidential status to a code of practice on how to control the spread of the weed. Failure to follow the code is not an offence but non-compliance may be used as evidence in any legal action.

Equally, owners and occupiers should be able to establish a defence if they can demonstrate that they have adopted control measures that comply with the code’s guidance.

On land with agri-environment agreements, managing weeds such as ragwort is usually covered in the agreement.

On common land, it is the owner or occupier (for example, the National Trust or local authority), and not those with common rights who are responsible for controlling ragwort.

On SSSIs where ragwort is a problem, the local Natural England office should be contacted for advice.

Non-farming landowners and occupiers have a duty to:

What to do if you are concerned about ragwort spread

For a landowner or occupier concerned about the potential for ragwort to spread from neighbouring land, the first step is to ask the owner, occupier or relevant body to manage the risk according to their obligations under the code.

Where they fail to take any action to prevent the spread of ragwort or fail to demonstrate compliance with the code, Natural England should be notified. This can be done by filling in a weed complaint form on its website at bit.ly/NatEngForm.

Highways England is responsible for managing ragwort infestations and other problems on or near motorways and major A roads.

Ragwort on other roads is the responsibility of the local highways authority.

Ragwort is present and flowering/seeding within 50m of land used for grazing by horses and other animals or land used for feed/forage production. Where a high risk is identified, take immediate action to control the spread of ragwort using an appropriate control technique.

Ragwort is present within 50m to 100m of land used for grazing by horses and other animals or land used for feed/forage production. In this case establish a control policy to ensure that where a change from a medium to a high risk of spread can be anticipated, it is identified and dealt with in a timely and effective manner using appropriate control techniques.

Ragwort or the land on which it is present is more than 100m from land used for grazing by horses and other animals or land used for feed/forage production. In this case no immediate action is required.

The distances used are guidelines only – account should also be taken of local circumstances and other factors such as the density of the ragwort infestation, the vegetation on the land to which it might spread, prevailing winds, topography, shelter belts, natural barriers and soil type.

If skin comes into contact with ragwort the area should be thoroughly washed in warm soapy water, rinsed and dried.

Ragwort in feed and forage – from the code

Any feed or forage that contains ragwort is unsafe to feed to horses and other animals and must be declared “unfit” as animal feed and disposed of safely.

The Agriculture Act 1970 and the Feeding Stuffs Regulations 2000 govern the sale of animal feed and forage.

Regulation 14 makes it an offence to sell any material for use as a feeding stuff which is found, or discovered as a result of analysis, to be unwholesome for or dangerous to any farmed animal, pet animal or human being. Trading Standards should be notified if feedstuffs are found to contain ragwort.