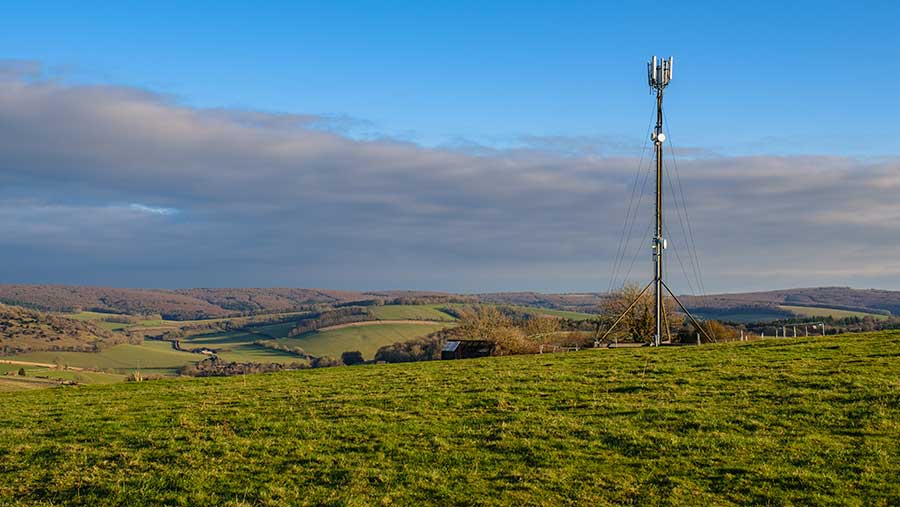 The government should roll back the rules on how payments are calculated for landowners who host mobile phone masts, according to a report from the Institute of Economic Affairs (IEA).

The IEA says the Electronic Communications Code, introduced in 2017, changed the basis of land valuation, considerably lowering compensation for landowners.

Land agents have reported that mobile phone operators are now offering extremely low rental fees to farmers, down from thousands of pounds a year to offers in double figures for 10-year agreements.

This is leading to costly litigation, ill-will and delays in reaching agreements – in turn delaying the rollout of the 5G network, despite this being a key goal of the government as part of its levelling up agenda.

In response to these delays, the government has introduced the Product Security and Telecommunications Infrastructure Bill, which had its second reading in the House of Lords on 6 June.

But the IEA says this Bill is treating the symptoms rather than the cause of the slow rollout.

“It seeks to speed up the legal process and compel landowners to accept masts, undermining property rights, rather than updating the formula for compensating landowners,” it says.

The more practical way to solve the problem would be to give market forces a freer rein, it argues.

This could be done by restoring the valuation principles used before 2017, or for another rule to be drafted to similar effect, to fairly compensate landowners.

“It is baffling that the government seems determined to stop it operating, thereby depriving landowners of a fair return on their land, and slowing down 5G rollout at the same time.

“There is an urgent need to allow the market to function.”