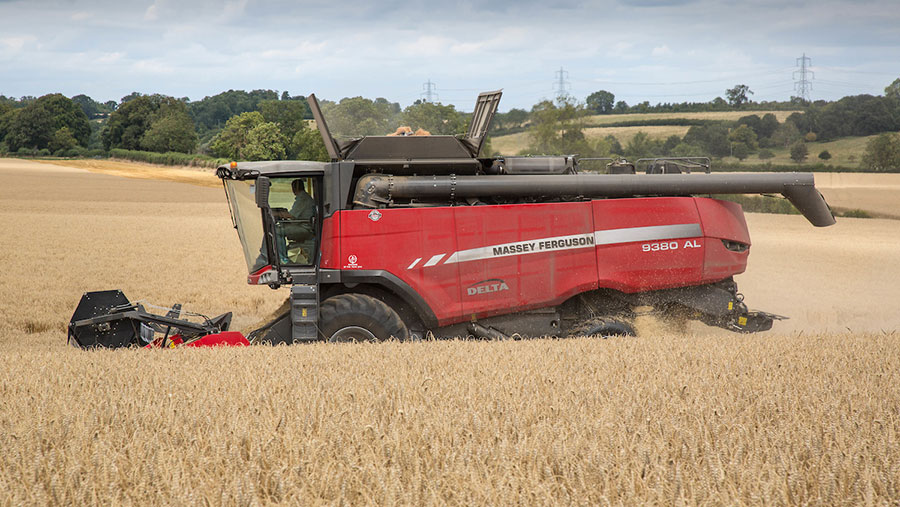 Many arable farm businesses are spending much more on fixed costs than they need to and could cut spending by £100/ha or more, according to new research by land agent and consultancy firm Strutt & Parker.

The total labour and power costs on top-performing units is less than £300/ha, according to Strutt & Parker associate director George Parker, while it can be more than double that on the highest cost holdings.

Mr Parker said there are four straightforward cost-cutting options farmers can investigate even before they do a forensic analysis of the business accounts.

A sprayer should be able to cover 26ha per metre of boom. Significant additional capacity for area beyond what the farm possesses is likely to indicate a more expensive machine than necessary has been purchased.

If the cost of doing the job with your own equipment is higher than the contractors charge for a particular operation then consider hiring someone else to do it.

However, the benefit of the cost saving does have to be weighed against the increased risk of jobs not being done in as timely a fashion – particularly stress-inducing during a wet harvest.

This doesn’t have to involve a complicated joint venture agreement, says Mr Parker, but can be done on an informal basis. Any cost difference because of relative usage can then simply be invoiced between the two businesses.

Cutting back on cultivations has been a hot topic in arable circles for a number of years. The average cost establishing a crop by ploughing is £109/ha, some £49/ha more than doing it by direct drilling.

Growers who are concerned about the risk to yield may wish to proceed on a case-by-case basis only where agronomically justified, such as to control blackgrass.

There are also some areas where choosing the cheapest option may not be best for the business, Mr Parker said, including recruitment.

Employing the cheapest labour can often be a false economy as their poorer skills and lower productivity will impact crop yield.

He said the focus should instead be on recruiting the best staff and looking after them.