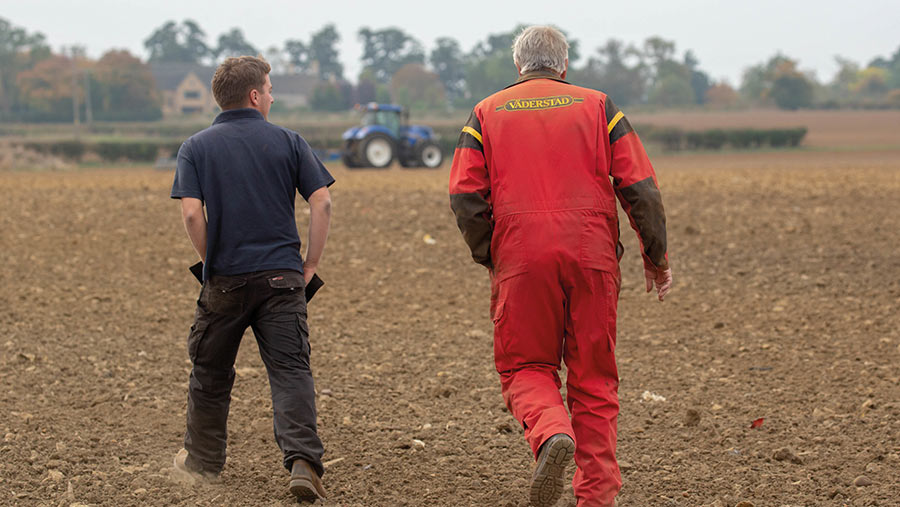 Four out of five farmers aim to keep farming until the day they die, a survey has revealed.

The survey, carried out by the University of Exeter and backed by NFU Mutual, canvassed almost 700 farmers across England, Scotland and Northern Ireland.

Responses showed just 19% of farmers planned on fully retiring from farming, while even fewer (2%) said they would quit the farm altogether.

More than one in five (21%) wanted to farm full-time until they died and half added that they planned to continue doing the same jobs but less intensely.

Trends revealed by the study showed farmers retired later than the wider population and those on smaller farms were least likely to hang up their boots.

Almost half (48%) planned to retire or semi-retire only after they had reached 70, compared with the average retirement age of 68.

The likelihood of discussing plans with the next generation also increased with farm size, but a quarter (27%) said they had not spoken about succession plans with anyone.

Of those with children, only around half (50.7%) had identified a potential successor.

And, even when succession plans were in place, two out of five farmers (43%) said they would still draw income from the business.

University of Exeter professor Matt Lobley recognised handing down the farm could be an extremely emotional time.

But while awareness around succession had improved, farmers needed to move beyond this stage and start planning, he suggested. “That struck me as something the industry desperately needed to address,” he said.

NFU Mutual financial planner Sean McCann said that handing over the farm didn’t have to mean giving away the ownership of all the assets on day one.

“Perhaps think about the management of the business and ownership of the farm as separate issues,” Mr McCann said.

“The farmer could look to hand over more of the day-to-day management of the business while retaining the ownership of the assets to a later date.

“One option favoured by a lot of farming families is to set up a partnership – which can give the younger generation a stake in the business.”