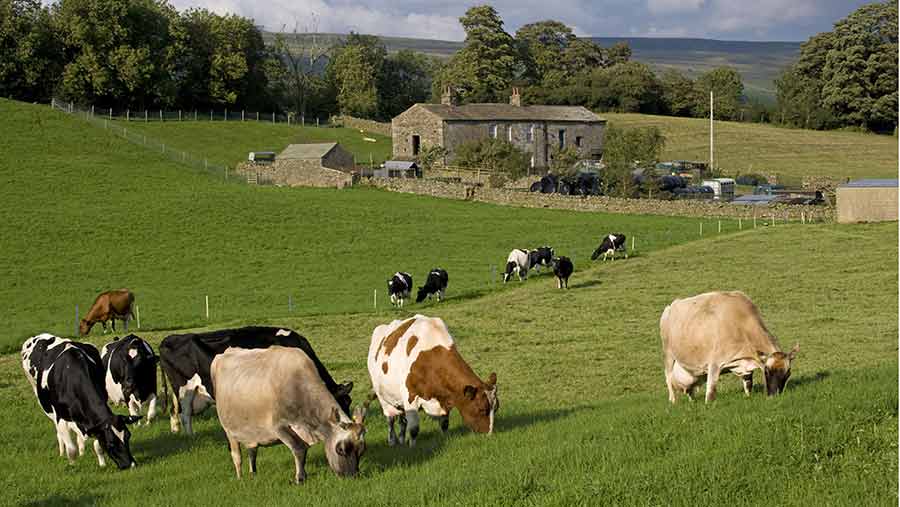 The small family farm, built on the labour of one or two people and typically covering less than 100ha, has traditionally formed the backbone of UK agriculture.

These farms still make up about two-thirds of all farm holdings – but their numbers are dwindling.

This relentless decline is the subject of a new report, commissioned by the Prince’s Countryside Fund and conducted by researchers at the University of Exeter.

What lies behind the fall in numbers?

The report suggests that the real loss of small farms is even greater than shown in the official figures, as many of those still listed are only there to gain access to tax reliefs and, in reality, are no longer actively farmed.

As Michael Winter, who led the research, explains:

“Many land owners say: ‘I’m farming my 200 acres’, when in fact they have some other arrangement – for example, they let all their land on a seasonal let, or share-farm with another farmer who has most of the machinery and makes most of the decisions.”

According to the report, one of the most important factors driving the decline in small family farms is the lack of succession arrangements. Where there is no successor in place, the most likely outcome is that the farm will be taken over by a bigger enterprise, or turned to residential use.

“Small farms are least likely to have a successor lined up,” says Prof Matt Lobley, co-author of the report. “That’s a real challenge for the future.”

So should we care?

“The role smaller farmers play in rural economies can be very significant,” says Prof Winter. “These farmers are part of the social and cultural fabric.”

What can be done about it?

The report includes a set of recommendations designed to arrest the downward trend, in particular looking at how to improve business performance.

Measured by profit a hectare, some smaller enterprises can hold their own against the very best large farms. But many others languish towards the bottom of the table.

“Often it is because people lack the management and technical skills needed, and don’t have the time to develop them,” says Prof Winter. “On small farms you really are out there all the time doing stuff, with very little thinking time.”

He believes the fragmented nature of farmer advice and support since the privatisation of Adas makes it harder for them to gain crucial skills and knowledge.

To counter this, the report recommends that organisations such as the British Institute of Agricultural Consultants and the Royal Institution of Chartered Surveyors should work together to help farmers better understand the range of advice and support available.

It also says farming charities should identify and equip individuals in farming areas – often local farmers themselves – to act as “catalysts”, guiding farmers to the information and support they need.

The report further suggests the small farm sector could be given a lift by encouraging rural estates to assist new entrants, either through farm business tenancies (FBTs) or share-farming arrangements, and to raise the minimum term for FBTs to 10 years to encourage investment and long-term planning.

The other big issue is succession – encouraging older farmers to pass on the reins. Prof Winter argues there is a layer of older farmers sitting on farms and running them inefficiently while blocking the path of younger, more dynamic farmers who could transform their fortunes.

“We need to allow farmers to retire with dignity.”
Michael Winter

One of the problems is the lack of somewhere for these older farmers to move on to. “We all know the scenario,” says Prof Winter.

Part of the answer, he says, is to encourage rural estates to invest in new housing for existing farm tenants.

And planning policy could be adjusted to allow older farmers to build a retirement house when they agree to facilitate new entrants through FBTs, share-farming or land purchase.

“We need to allow farmers to retire with dignity.”