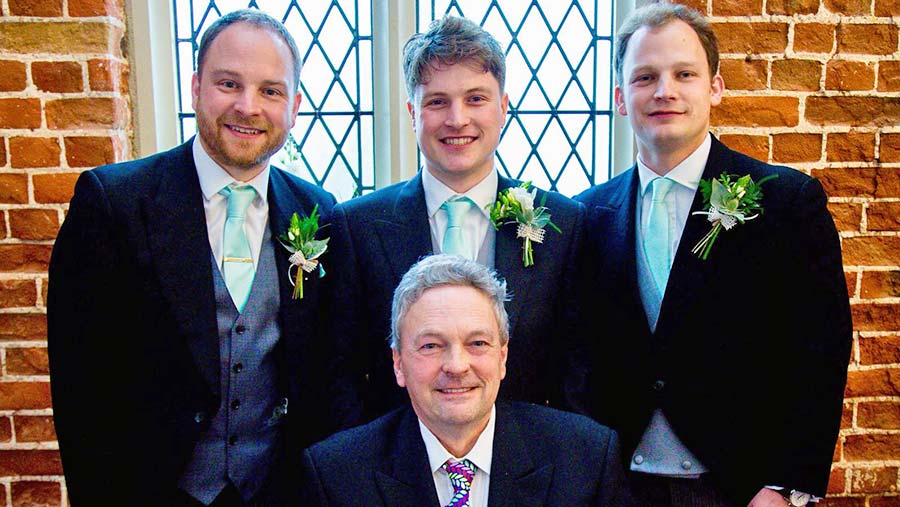 Dad with his three boys at my brother George’s (centre) wedding. My oldest brother Tim is on the left.

Usually, when I write articles for Farmers Weekly I show them to my dad before sending them off.

I always wanted to make sure the boss was happy with what I’d written, but this time he wasn’t around to offer advice.

Dad passed away on 4 November after living with motor neurone disease for the past two-and-a-half years.

It’s a cruel condition that robs those living with it of their muscle strength, speech and eventually even their ability to breathe.

Dad faced up to it all with great strength and bravery and until a few days before he died, was still driving me around the farm on our daily inspections.

It’s hard to believe he is gone, but I know he wouldn’t have wanted to carry on suffering. His final days were a struggle and in some ways I think the end came as a relief.

I learned so much from him, both as a father and a farmer. The time we spent together since I came home was so precious and I will treasure those memories forever.

I never wanted to write about Dad’s illness before, but now that he’s gone I think it’s important to do so.

Despite the awfulness of the situation, it allowed us time, as a family, to plan for the future, and that was something that gave us all comfort.

I regularly hear stories about farms being broken up because succession plans were never put in place, and in so many cases this could have been avoided. 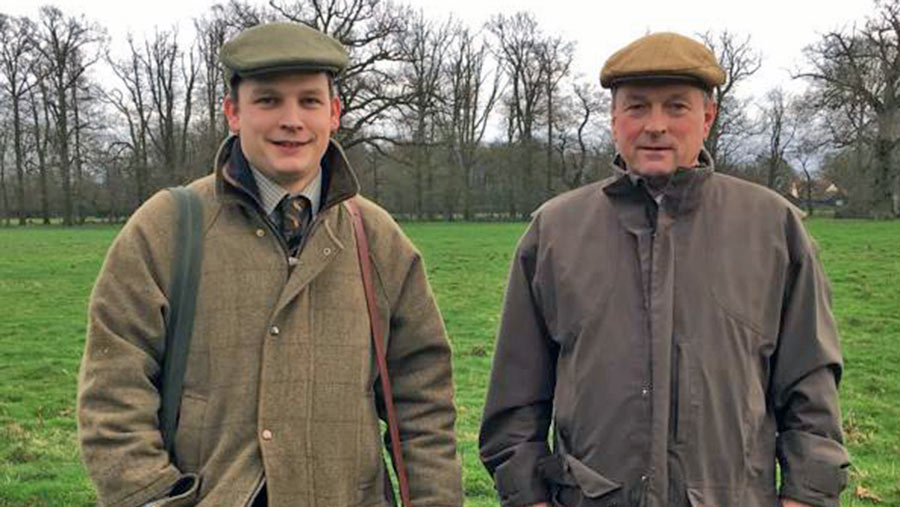 Dad and I enjoying a day’s shooting

When I was growing up Dad seemed indestructible and it was hard to envisage a time when he wouldn’t be at the helm, but it was always inevitable.

He was only 60 when he died and many farmers work until they’re much older, but I would urge any farmers approaching retirement age to start thinking about the future now.

When Dad was diagnosed I was working in London as a journalist, but for me there was only one decision to make. I desperately wanted to get back to the farm.

If he hadn’t got ill, perhaps I wouldn’t have ended up coming back until it was too late, and I’m certain I would have regretted that.

I originally considered going into farming when I left school, but later changed my mind. I think I always put pressure on myself to do it, and perhaps that wasn’t the right moment for me.

At the time I felt like Dad was trying to put me off the idea, but in fact he was trying to make sure I made a free choice, and didn’t just go into farming because that was what I thought was expected of me.

I later found out he was very disappointed when I decided against it, but he only told me that when I moved home. I think he was fairly surprised when I decided to move back, but thankfully he backed me to make a success of it. 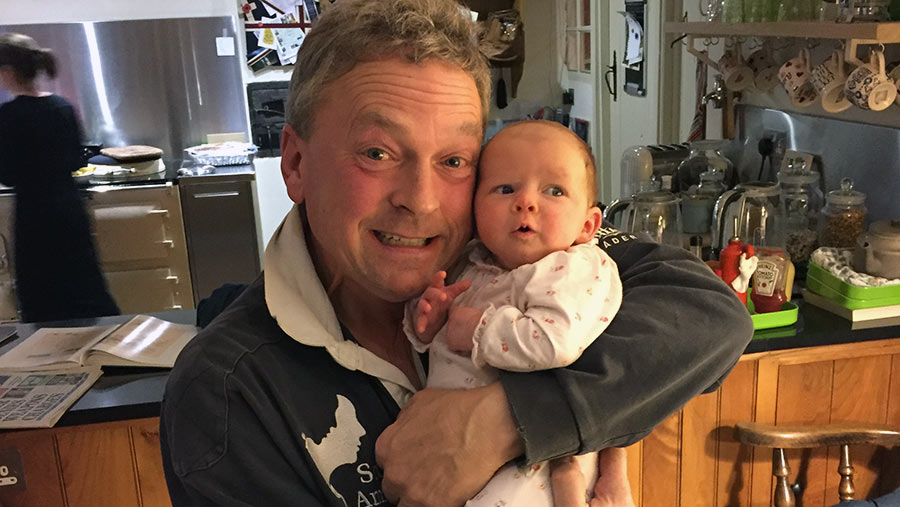 Dad had a good sense of humour. Here he is with my daughter Siena

I’m sure Dad was worried we might fall out if we worked together, but when it actually happened it wasn’t like that at all. We made a great team and I enjoyed learning from him.

Our situation has been devastating in many ways, but one thing we all feel good about is the fact the future of the farm now looks secure.

It shouldn’t take a disaster to get farmers thinking about succession, but far too often the conversations about passing onto the next generation never happen. I hope my story can help people to start talking.

Will is planning to canoe across Scotland with his brothers in June to raise money for the Motor Neurone Disease Association. Visit his Just Giving page for more information.
See more
Share this
Advertisements