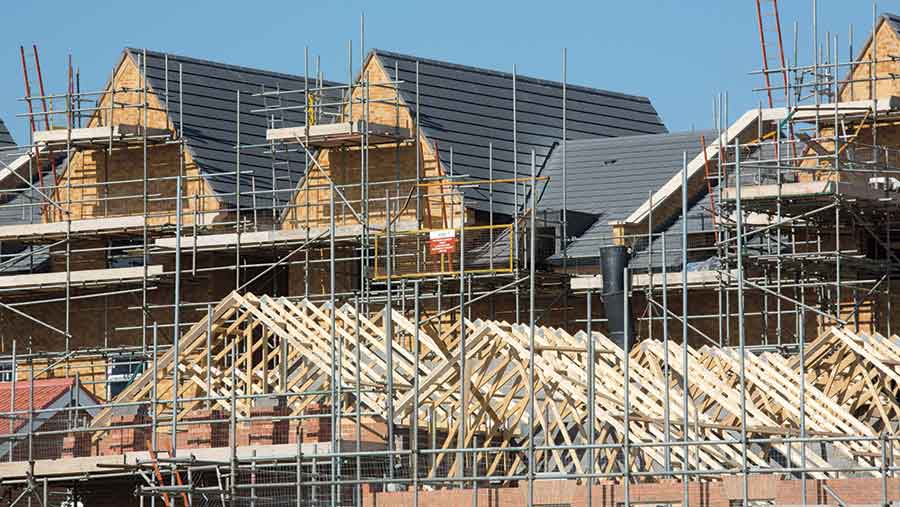 Landowners could be slapped with a higher tax on the increased value of land approved for development under proposals put forward by a government committee.

The report, published on 13 September by the Housing, Communities and Local Government Committee, concluded that there was scope to reform existing taxes and charges to take a bigger slice of the uplift in value.

It stated that statistics showed agricultural land, having been granted planning permission for residential use, increases in value from £21,000/ha to £1.95m/ha.

See also: Housebuilding boom – what does it mean for farmers?

Because of this, the committee suggested that there was a strong case for developing new tax mechanisms and reforms to compulsory purchase rules to capture a ‘significant proportion’ of this uplift for investment in infrastructure and public services.

Committee chairman Clive Betts MP said: “The current land value capture system allows landowners, through no effort of their own, to make multi-million pound profits from the substantial increases in value that arise from public policy decisions, such as the granting of planning permission.

“As these increases are significantly created by the actions of the state, it is right that a significant proportion of this should be shared with the local community.”

It said this would allow local authorities to increase the financial contribution made by a development to local community projects.

The report also recommended removing so-called ‘hope values’ for land that had been earmarked for compulsory purchase and development.

These are set by surveyors and reflect the increased value of the land once it has been designated as having development potential.

But the CLA claimed the reforms would hit government targets for new housing by removing the incentive for landowners to bring land forward for development.

The organisation added that that landowners and the development sector already contributed significant sums of money to local communities to pay for affordable housing and social infrastructure.

CLA policy director Christopher Price pointed out that £6bn had been raised in 2016/17 through planning obligations like the Community Infrastructure Levy and Section 106 agreements (see below).

“This money was raised by capturing the change in the value of land when planning permission is granted,” Mr Price said.

“History shows us that increasing these obligations too far stops landowners bringing land forward and stalls development,” he added.

What are the Community Infrastructure Levy (CIL) and Section 106 agreements?

The Community Infrastructure Levy is a planning charge, introduced by the Planning Act 2008 as a tool for local authorities in England and Wales to help fund infrastructure to support the development of an area.

It is a charge levied on the floor area of new buildings.

Section 106 agreements are attached to planning permissions and may impose restrictions on the nature of development (for example, requiring a given portion of housing to be affordable) or require works to compensate for loss or damage by a development.