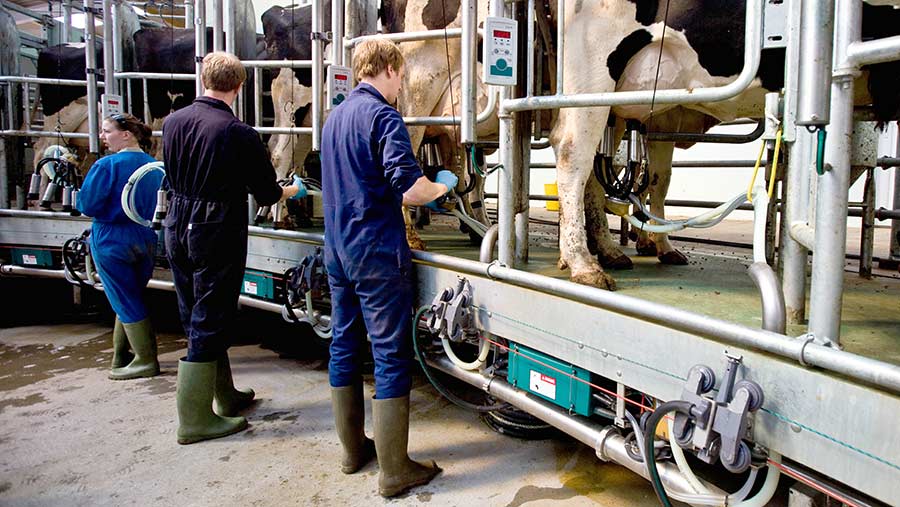 The government is clamping down on farm businesses where workers have switched to self-employed status, accountants and legal experts have warned.

In the past, farming businesses often had several workers on the payroll and normally only relied on self-employed contractors at peak times

Recently more workers have switched to self-employed status for a number of reasons, said Tracey Watts of accountant and financial adviser Albert Goldman.

Being your own boss and developing a business where there is a potential to pay a lower rate of tax can be attractive, she said.

Employers may also eye potential benefits of removing the workforce from the payroll because employing staff has become more complex and costly in recent years.

There have been changes such as staff wage details having to be reported to HMRC more frequently, along with new laws on staff pension schemes and the costs this brings, as well as higher National Insurance contributions.

With both workers and businesses benefiting from paying lower rates of tax, HMRC has sought to tighten rules and is checking up on whether individuals are truly self-employed.

The updated tax framework is known as Off-Payroll Working Rules or IR35.

It will require employers to consider whether individual workers should be paid through the payroll and have tax and national insurance contributions deducted in the normal manner. The new rules will take effect from April 2020 and are outlined on the government’s website.

While these rules generally apply to larger companies – employing more than 250 workers – it is still advisable for individuals to take heed of the increased focus on all workers, Ms Watts advised.

Scores of legal cases are being brought by the HMRC against businesses using a self-employed workforce, she added.

When the HMRC successfully identifies workers who have failed to qualify, it can insist they are put back on the payroll and will recover any unpaid tax. The cost of the tax recovered can leave workers and employees with significant bills.

The HMRC has stressed that self-employment is a qualified status and it is important to establish that the worker’s role fits that description, Ms Watts said.

She advised anyone who is concerned to seek advice from tax and legal consultancies and suggested using the government’s Check Employment Status for Tax (Cest) test for further guidance (see further information box).

The Cest test is designed to determine, whether a contractual engagement between a worker and the business would have the nature of employment for tax purposes, Ms Ward said, outlining some of the areas in the test.

Areas covered by the Cest test*

Right of substitution
• Employed worker: Always carries out the work offered, personally.
• Self-employed worker: Can usually send along a suitably qualified replacement to do the work.

As well as establishing that the nature of work carried out fits the self-employed status, Ms Ward warned farmers to ensure contracts were robust.

These contracts and the practical working situation they cover are coming under close scrutiny and are frequently tested in court, she said.

Contracts must accurately reflect the working relationship and intentions of both parties. Ms Ward urged any workers who are concerned, or who are still looking to switch to self-employed status, to seek professional advice before making a decision.