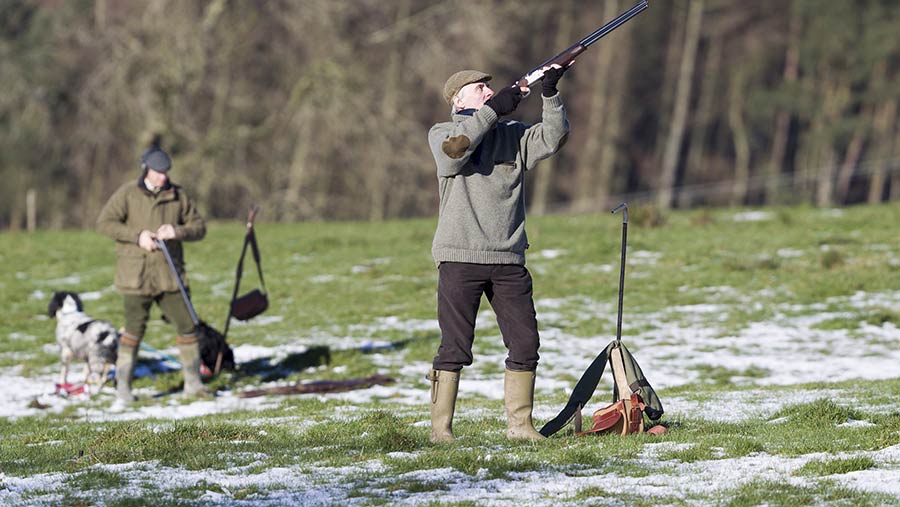 Farmers who host a shoot need to have a clear understanding of whether it is classified as a hobby or a fully fledged business in the eyes of HMRC to stay on the right side of tax law, accountants warn.

Tax needs to be considered once the shoot becomes a commercial operation, says Mr Dobinson.

Like any other venture, HMRC determines whether the business is a commercial enterprise by testing it against the so-called badges of trade.

The standard badges of trade include:

These will be applied to the business as a whole by HMRC, rather than looking at any particular badge in isolation.

An additional law that may apply is the trading allowance, which was introduced in April 2017.

It allows taxpayers to make small amounts of money from their hobby tax-free.

For example, private shoots run for recreational purposes are not businesses for VAT purposes, even though contributions may be received from family or friends.

However, it is important not to assume this will apply, and advice should be sought if payments are being received.

A further potential pitfall is where commercial and private shoots are run in parallel, because the whole operation will be treated as a single taxable activity.

If a shoot is seen as a commercial business, it is important to consider whether it should be VAT registered.

This will be the case if its income within the tax year exceeds £85,000 – the current compulsory VAT registration threshold.

Below this threshold, the business may continue to be registered and can then recover VAT on costs associated with running the operation.

However, if it is run as part of another business, which is either exempt or outside the scope of VAT, then partial exemption can be an issue.

In this case VAT recovery may be restricted on non-directly attributable overheads.

Another VAT scenario to consider is where the shoot is set up as a syndicate. A cost-sharing syndicate does not necessarily constitute a business and therefore may be outside the scope of VAT.

As of April 2019, businesses that are required to pay VAT will have had to sign up to the ‘Making Tax Digital’ rules and supply information online through an approved software package.

Where operated as a sole trade or through a partnership, shoot profits will be subject to income tax as well as national insurance contributions.

Where losses are made, and the shoot is operated commercially, then losses may be offset against another income i.e. so-called sideways loss relief.

If the shoot is an incorporated business, then corporation tax will be due on profits.

Employees and pay as you earn (PAYE) tax

PAYE systems will be in place for workers employed by the shoot who are already on the payroll.

But casual staff, like beaters, are often taken on temporarily by a shoot and so PAYE and Real Time Reporting requirements – where tax information is reported on or before the pay day rather than annually – will need to be met.

Minimum wage rules and taxation and reporting of benefits-in-kind for staff, such as keepers’ accommodation, will also need to be considered.

An in-hand shoot operated commercially with a view to profit may qualify for business property relief at 100%.

But, if run as a private concern, or within a syndicate, then the land on which the shoot is operated will not qualify for IHT relief.