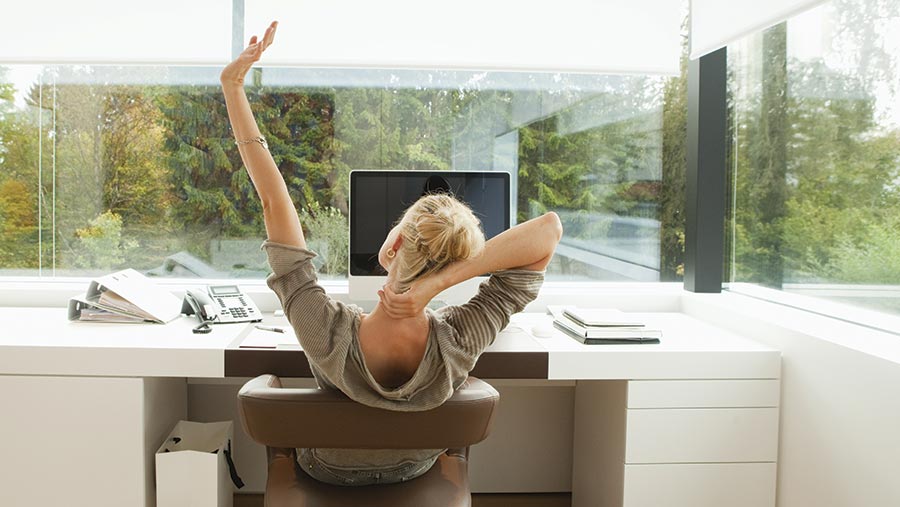 Many accountants and lobby groups say farmers are not ready to implement a huge shake up in the tax reporting system.

Making Tax Digital (MTD) is a HMRC initiative that will force all partnerships and self-employed workers with a turnover of more than £83,000 to submit a quarterly summary of their income and expenditure online from April 2018.

The move was originally planned to apply from April 2018 to all businesses with a turnover of more than £10,000 but the recent Budget speech announced a year’s delay for those with a turnover below the £83,000 VAT threshold.

Lobby groups continue to press the government to completely exclude businesses below the £83,000 threshold, arguing that the administrative impact of the new rules weighs most heavily on smaller businesses.

The government says the move will streamline tax reporting and reduce mistakes.

But experts and advisers say a lack of awareness of the changes, poor IT skills and limited rural broadband services will make it very difficult for many to comply.

Paper records will no longer be accepted by HMRC and spreadsheets may only be used if they are linked to MTD-compliant software.

Those with a turnover lower than £10,000 will be exempt from MTD.

For the self-employed and those operating in a partnership structure and with a turnover greater than £83,000, the change will happen on 1 April 2018.

Limited companies have until April 2020 to become fully compliant.

Quickbooks, Sage and Farmplan are among the software options available to farmers.

Free software will be made available, but HMRC says it will only suit those with straightforward accounts. That’s unlikely to apply to farmers, according to accountants operating in the sector.

The cost of subscriptions to MTD-compliant software ranges from about £120/year for small businesses up to £1,000/year for the largest. There will be additional costs if administrative support and training is required.

Rob Selley, an associate at accountant A C Mole & Sons in Somerset, says very few farmers are aware of the changes and that it will be onerous, with quarterly and annual submissions required by law.

“Poor internet connections will be a massive problem,” he says. “Much of the new software available is cloud-based, so internet access is essential.

“Businesses that use handwritten manual records will have to change what they do.

“Farmers will need to learn how to use the software, make the submissions and make sure that the information being submitted is correct.”

What about the benefits?

HMRC admits the changes are radical but says the additional burden will make tax reporting more accurate and raise significant amounts of tax.

Digital records will, it says, allow business to see their tax liability in as close to real-time as possible. This may not be the case, however, for farms with significant seasonality.

The dates on which tax payments are due will not change.

Technology will correct unintentional errors or prompt users to consider things that are known to cause mistakes.

For some it is a massive opportunity, Mr Selley says.

“Smartphone apps are available that enable you to take photos of receipts and software automatically extracts the accounting information and transfers it to your accounting software together with a photo of the receipt.”

Only a quarter currently compliant

Paul Aplin, vice president of the Institute of Chartered Accountants in England and Wales, says research carried out last year showed that across all small businesses, only one quarter were using MTD-compliant apps and accounting software.

The UK’s largest lobbying organisations have all expressed concern over the speed, method and cost implications of HMRC’s plans.

The NFU called for an exemption for the digitally excluded and a delay in implementation for all unincorporated businesses.

“The one year delay for those below the VAT threshold, while welcome, does not address our concerns over bringing most farmers into MTD from the start,” says Michael Parker, the NFU’s head of tax.

“We want to avoid having reporting obligations imposed that are impractical, overly burdensome and costly for farmers. We are continuing to discuss the issues with HMRC and others and to call for a delay.”

Numerous practical issues still need to be worked through and resolved by HMRC, which should be done before producing specifications for software developers, he argues.

“For example where a diversified farm is treated as one business for VAT, but as multiple businesses for income tax, what reports are required for MTD?

“We think there is insufficient time to address all of the potential issues and thoroughly test software before mandation in April 2018.

“Farmers should be urgently raising their concerns with their MPs.”

The TFA says digital transactions with the government would have advantages but poor access to reliable broadband connections should be enough to delay roll out.

“Most farm businesses are sole traders and family partnerships, so reasonable access to the necessary technology and capacity cannot be assured,” says chief executive George Dunn.

“Many parts of the countryside continue to be without high-speed broadband access and this alone should be reason enough to delay the compulsory implementation.”

CLA president Ross Murray agrees that digital infrastructure will be the biggest barrier.

Failure to consult with rural business on the timescale and cost if free software is not suitable for farm businesses will throw the rural economy into chaos, he says.

“The Government must reassure rural businesses they will not be unfairly penalised as a result of poor connectivity when trying to complete and submit tax information online.”