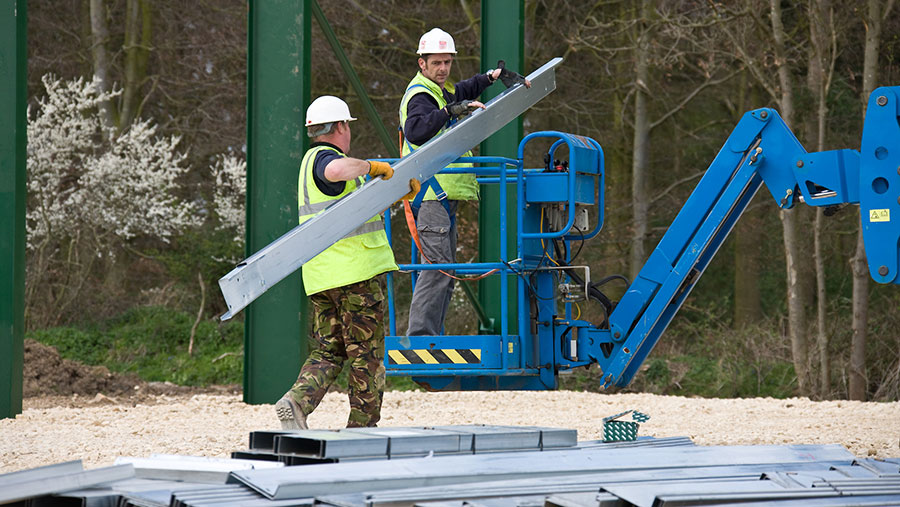 The announcement of a new structures and buildings allowance (SBA) in the Autumn Budget 2018 means erecting and refurbishing farm buildings is now more financially viable.

Accountant Old Mill says it will make a significant difference to farm investment by allowing landowners to offset 2% of the building cost against income tax or corporation tax each year, for the next 50 years.

Although the tax saving in itself is not a huge incentive, it believes that, combined with improved building efficiencies, it may be enough to tip the balance when people are looking into updating their infrastructure.

“Alongside the increase in the annual investment allowance, to £1m/year, this is the biggest thing to come out of the Budget,” says Old Mill rural tax specialist Catherine Vickery.

“Since the government abolished the agricultural buildings allowance in 2011 there has been no tax relief available on new farm buildings, so this is an exciting change.”

The SBA applies to the erection or refurbishment of commercial buildings from 29 October 2018.

Where contracts have been signed or work commenced before 29 October 2018, the SBA will not be available, although it may be possible to claim partial eligibility, if one contract has been signed covering the structure, but another is yet to be agreed for the concrete, for example.

The allowance covers commercial offices, storage and livestock buildings – whether for your own use or rental – and also applies to structures including walls, bridges and tunnels.

In addition, the SBA covers the cost of necessary demolition and land alterations, although not the cost of the land or obtaining planning permissions.

A farmer looking at spending £100,000 on a new barn would be able to offset £2,000 a year against income or corporation tax.

They will most likely be borrowing money to finance the build, so can also offset the interest against tax.

“If you’re paying interest at 2%, and therefore saving £1,880/year in tax when combined with the SBA, it effectively means the building is costing you £120 a year, excluding capital repayments.”

If a farm is subsequently sold then the allowance will transfer over to the purchaser, so it is likely to affect farm prices.

“However, the vendor should be aware that the base value of the building will reduce by the amount of allowance claimed, so the sale could generate a chargeable capital gain, adds Ms Vickery.