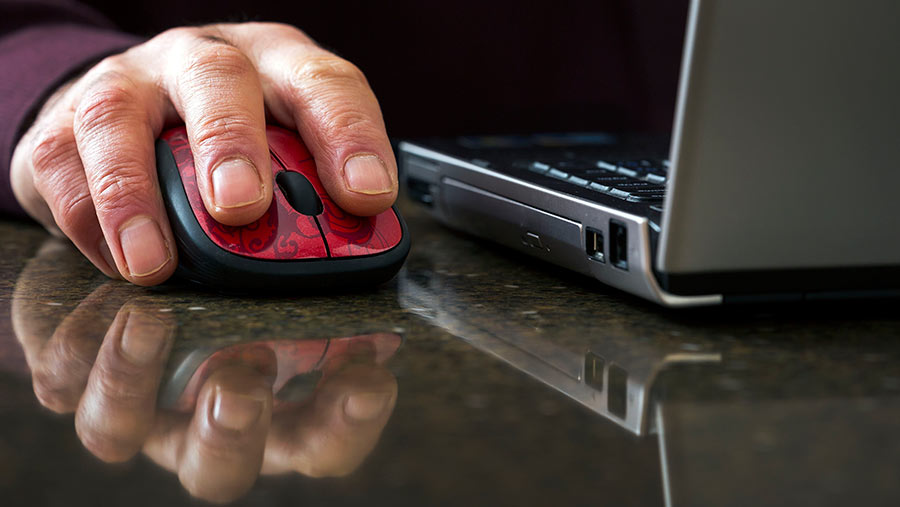 Farm business owners have just two weeks left to get ready for changes to the way they submit their VAT returns, but there are warnings that many are still unprepared.

From 1 April all businesses with a turnover in excess of £85,000 will be required to keep their records digitally and submit the information using software compliant with Making Tax Digital (MTD), which HMRC say is designed to reduce record-keeping errors.

Farmers will need a specialist piece of accounting software which has been approved as compatible by HMRC, or “bridging software” that can sit between an Excel spreadsheet and HMRC’s computer system to submit on the user’s behalf.

Farm business software provider Farmplan, which is owned by Proagrica, the same company that owns Farmers Weekly, conducted a survey last week that revealed farmers are aware of the impending changes, but many are not yet prepared.

Their data shows one-quarter of farmers who have accounts software are still using a version that is not compatible with MTD, and a further 8% say they are not sure if their software is compatible.

One-third of businesses also do not feel they have been given enough information to make their first submission with the new system.

Another survey, from the Federation of Small Businesses, found more than one-quarter (27%) of firms have not started preparing for MTD, with small firms estimating it will cost an average of £564 to implement the changes.

Those who have not yet begun the registration process for MTD should follow the step-by-step guide on the HMRC website, which includes a list of all software packages approved for use.

Failure to comply will mean businesses are unable to pay VAT or reclaim any owed to them, but HMRC have said they will be taking a light touch with enforcement in the first year

For more of the latest advice, listen in to the recent Farmers Weekly Making Tax Digital webinar, which featured tax and software experts talking through the changes in detail.

Who can opt out?

Businesses below the tax threshold will continue to be able to use the current Government Gateway method for submissions for another year, but are likely to also have to move over in 2020.

HMRC has said any business that does not currently submit their records online will not have to move over.

It also said that anyone who is using the current digital system, but is genuinely unable to cope with the changes, will be able to apply to opt out.

These will include those who cannot get internet access at their home or business premises and it is not reasonable to get access at another location.

However, it will not include those who believe they should be exempt simply because they are unfamiliar with the relevant software.

Those who are refused exemption but still feel unable to use the system are likely to have to delegate the responsibility to an accountant or farm secretary.