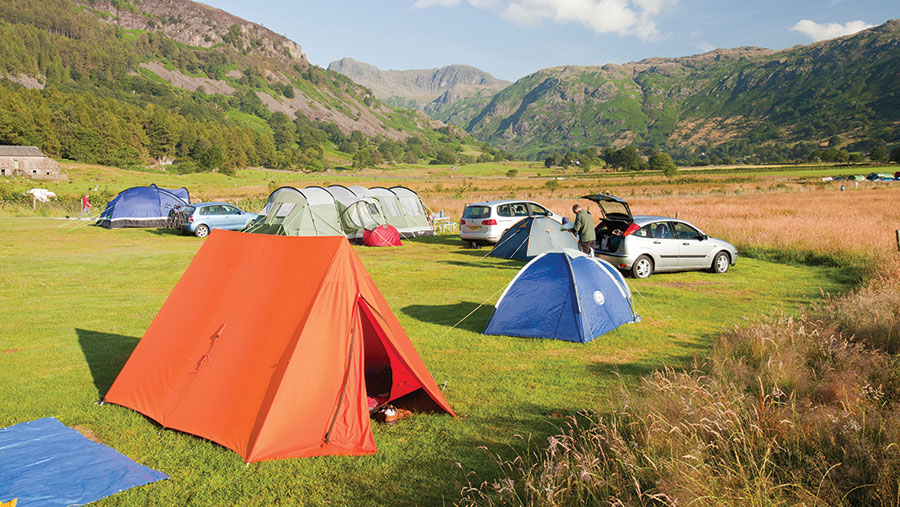 Farmers who have had business interruption claims denied by their insurer during the coronavirus pandemic may be able to challenge the decision.

The Financial Conduct Authority (FCA) has launched a test case on a representative sample of policies in a bid to get legal clarity on business interruption cover.

It has reviewed more than 500 policies from more than 40 insurers and identified 17 policy wordings that capture the majority of cases in dispute.

See also: Coronavirus – who is eligible for self employed support

The test case is expected to provide guidance for the interpretation of many other business interruption policies that are not included in the sample.

Many farm businesses with diversified enterprises such as farm attractions, wedding venues, holiday accommodation and campsites have been badly affected by the lockdown.

Since it began its investigation, some insurers have decided to accept claims under certain policies that included particular wordings which had previously been in dispute, said the FCA.

Its sample wordings, listed on the FCA website, include the inability to use an insured location due to restrictions imposed by a public authority following an occurrence of any notifiable human disease.

Covid-19 was made a notifiable disease on 5 March this year.

Other policy wordings include payment for any notifiable disease within a 25-mile radius of the property and loss of use of a property because of action by a competent authority.

Law firm Michelmores may launch a series of group actions aimed at getting insurers to pay out on business interruption claims.

Garbhan Shanks, head of the firm’s policyholder insurance team, said most traditional property insurance products require damage to property before a business interruption claim is triggered, so in these cases, insurers would not be obliged to pay out in relation to the coronavirus pandemic.

However, where policyholders have non-damage business interruption cover or cover that extends to a notifiable disease, there are a number of insurance policies where the policy wording should mean the insurers are obliged to pay out.

“There are now situations where some insurers have made a decision to pay out in full, whereas other insurers with the exact same clause are deciding not to pay out. There is a disconnect,” said Mr Shanks.Group actions can be structured in different ways. In some instances, claimants will individually contribute a small fee, with this pot of money used to pursue the case. In other cases, a third-party litigation funder may pay all legal costs in return for a share of any damages awarded.

A five- to 10-day High Court hearing is scheduled for the second half of July.

“We are seeking a judgment that will help policyholders and insurers have a much clearer view of which business interruption policies respond to the pandemic and those that don’t,” said the FCA.

The move is designed to help policyholders, and particularly small and medium-sized businesses, whose claims are being refused when they think the firm should respond.

The action aims to get legal guidance more quickly and at a lower cost to policyholders than would be the case if they took their own court actions.

However, this will not prevent policyholders pursuing insurers through negotiation, arbitration, court proceedings, or taking eligible complaints to the Financial Ombudsman Service.

It would also provide persuasive guidance for the interpretation of similar policy wordings and claims that can be taken into account in other court cases, including in Scotland and Northern Ireland, by the Financial Ombudsman Service and by the FCA in looking at whether insurers are handling claims fairly, said the FCA.

This means that insurers other than those included will also be affected by the test
case and its conclusions – the FCA plans to publish a list of other insurers and many other business interruption policies that it expects the test case to affect.

In a letter to insurance company chief executives, it said: “There are policies where it is clear that the firm has an obligation to pay out on a policy.”

In an attempt to ensure that financial pressures on policyholders are not exacerbated by slow payment, and to achieve this, where there were reasonable grounds for full payment not to be made, interim payments should be made by insurers, the FCA said in the letter.

Has your business had a Covid-19 business interruption claim rejected? Let us know how you’ve been affected by this issue.