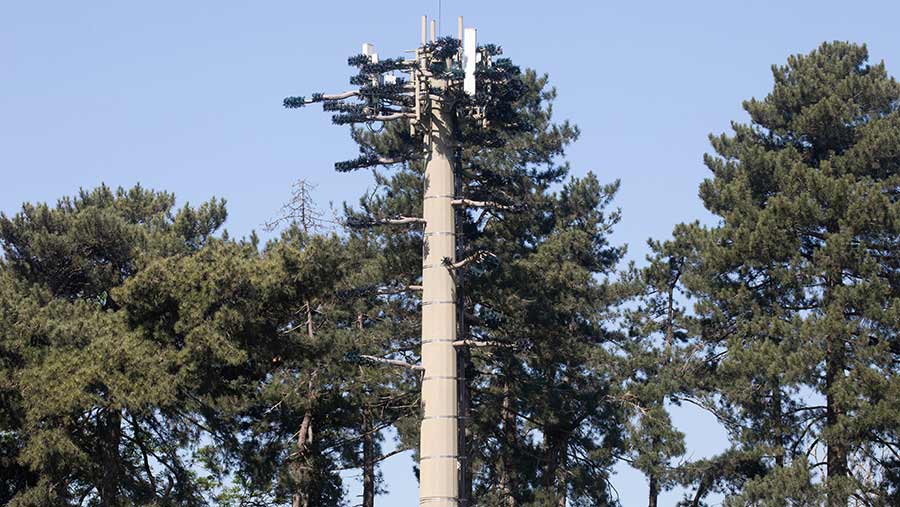 Rents for mobile phone masts sites are likely to become increasingly diverse, with values becoming more site-specific as agreements are renewed, according to the Central Association of Agricultural Valuers (CAAV).

The Electronic Communications Code was introduced in December 2017 and since then lawyers, land agents and mobile phone operators have been tussling over what is a fair rental value for a telecoms site, particularly where operators are trying to renew existing agreements.

Under the new code, operators have been seeking to offer significantly lower payments when it comes to renewal, with offers dropping from about £5,000-6,000/yr for a 15m rural mast, down to just a few hundred pounds or less.

See also: How to make sure your telecoms agreement is fair

But Kate Russell, CAAV policy and technical adviser, said a series of recent tribunal cases were starting to paint a picture of what the courts consider to be the main arguments when it comes to valuations for renewals.

Advice for farmers with agreements being renewed

The latest of these is Vodafone v Hanover Capital which addressed the term length and rents associated with the renewal of a telecoms lease where the Landlord and Tenant Act 1954 still applied to that lease.

The operator was seeking a new three-year lease, with a six-month rolling break clause, paying a rental figure determined through the new code’s valuation method of £2,250/year.

The new Code uses a “no network” approach as the basis of valuation, which means the use of the site for a telecoms mast has to be disregarded, although if the site might be suitable for other uses, such as for a wind turbine, outdoor storage or an advertising hoarding, it can be possible to take that into account in assessing the rental value.

However, the court ruled that because the new rent was to be determined under the terms of the 1954 Act, the site should yield a higher rental payment of £5,750/yr and the landlord was granted a 10-year lease, with an option for the tenant to break after five years, to provide greater certainty.

The case is seen as significant as it is the first decision which looks at the interaction between the Electronic Communications Code and the Landlord and Tenant Act 1954 when it comes to rents and length of term.

The ruling said a higher rent was justified because it was likely there would be demand for it on the open market, as shown by the presence of four different operators on the installation.

But it stressed this might not be the case for sites which are used by only one operator.

The key learning for farmers was that every site was unique and valuations would increasingly become specific to the site and circumstances of each case.

“What we are learning from the decisions so far is that you must assess each individual site on its own merits,” she said.

A key factor in determining future rents was likely to be the burdens that will be imposed on the landowner by the agreement.

“If you have a site in the corner of the field, with access from a main road and the operator can get to it without crossing your land, it might not be much of a burden.

“I think we expect that sites like that will have smaller rents in the future, compared to sites in the yard or down the end of locked track, or if there are other reasons why it is imposing more of a burden on the landowner.”