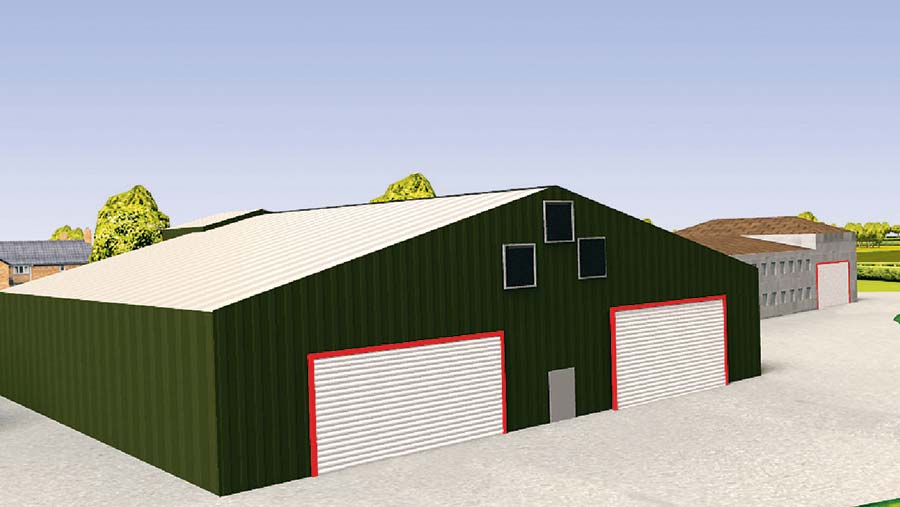 As on many farms, harvest on the Farmers Weekly/Savills Virtual Farm was challenging and has led to some quality issues. However, stronger prices and better yields mean financial performance has improved significantly compared with 2016.

Spring and harvest conditions affected the yield of some crops in 2017, but not the extent that was experienced across all  crops in 2016.

“Based on current crop valuations we are expecting a profit of £301/ha for the 2017 harvest, a 159% improvement on the final result for harvest 2016,” says Andrew Wraith, head of food and farming at Savills.

Oilseed rape has produced the highest gross margin at £927/ha, with spring beans the lowest at £327/ha.

Rapeseed yields were above budget and although prices have slid a little, they remain firm with reasonable bonuses. So far 64% of the crop has been sold.

Some of the cheapest nitrogen in recent years helped improve the profitability of harvest 2017, but fuel expenditure was 10% above budget, due to higher prices and higher-than-expected use for drying over the harvest period.

The official exchange rate for 2017 has since been confirmed at €1=£0.8947, so the farm’s BPS income will be reduced due to the rate fix taken out. However, this was part of the overall risk management strategy.

Almost half the crop is still to be sold. Markets have been steady, helped by currency and local demand. The future sales strategy is in part guided by cash requirements, but further sales are expected for January and February movement, with the aim of maintaining prices above £140/t.

The virtual farm is based on six holdings in the Midlands and Yorkshire, reflecting their sales policies as well as quality and yield.

The influence of location and local and user demand can be seen in the prices on one day in mid-October, when feed wheat in Lincolnshire and Yorkshire was priced at £142/t spot ex-farm, while the same quality wheat in Essex was moving off farm at just under £133/t.

The farm’s winter oats achieved a higher gross margin than second wheat. Considering the season, the quality of the oats is good. Bushel weights are a little lower than in previous years, but will meet specification.

The crop was grown on a milling contract for November movement priced at £5/t less than November wheat futures.

“We organised it so that when the wheat futures price reached £140/t, the merchant would call us and that way the price was set at £135/t,” says Mr Wraith.

More spring cropping has been introduced on the farm in recent years as part of its blackgrass management strategy.

Spring bean and spring malting barley margins have been particularly affected by weather this season.

The spring bean crop did not perform well. It was harvested late and is now in store being dried.

Due to the high level of bruchid beetle damage the beans are not expected to meet human consumption specification and sales have been committed at £155/t.

The farm’s spring barley was affected by both the dry spring and a late harvest which led to lost ears. It yielded 5.81t/ha against a budget of 7t/ha. Testing has shown the crop also has germination issues and nitrogen levels above 1.85%. 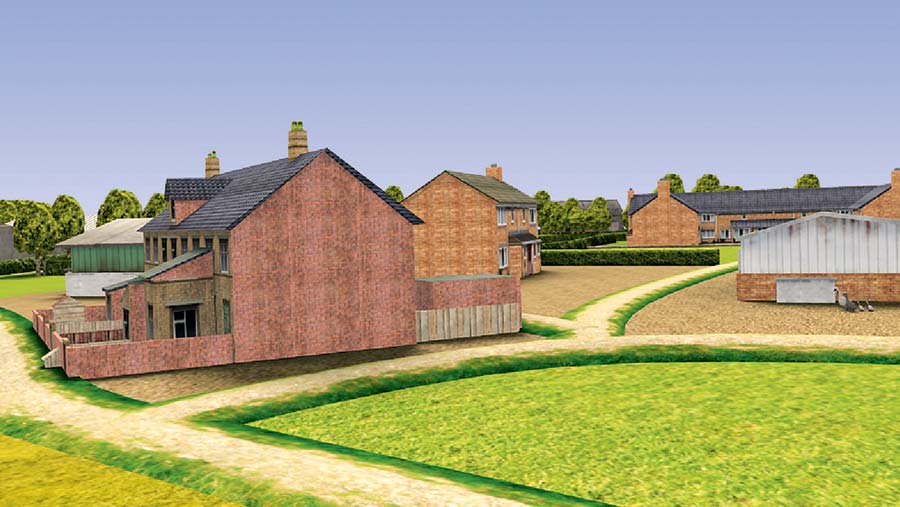 It had been put into a harvest malting pool with no default if it dropped into the feed pool.

“We didn’t move at harvest in the hope the malt barley spec eased. The crop has been held in order to dry it and try to get it into a lower-specification market.

“We are wary of sending anything that is marginal since once declared as malting barley it becomes defaultable on rejection,” says Mr Wraith.

“We’re looking for a wider nitrogen spec to get it in on price fall-backs. I think the merchants that have sold malting barley forward are having a hard time on the malt front, not to mention growers.”

The farm’s trailed sprayer was bought in 2011 and suffered breakdowns during key spraying windows last season, so options for spring 2018 have been considered.

Therefore £150,000 is being budgeted to purchase a new self-propelled sprayer.

The thinking behind this includes efforts to control blackgrass, which is leading to later autumn drilling. In order to ensure autumn spraying can be completed on the farm’s clay soils with minimal damage to their structure, a self-propelled machine should be used.

A local spray contractor with a high-capacity self-propelled machine would take on the spraying work for £10/ha a pass, compared with the National Association of Agricultural Contractors’ guide rate of £12.50/ha for a large area.

Wheat accounts for almost half of the farm’s acreage, receiving between seven and nine passes a season.

At the rate quoted and with the overall farm average of six passes it would result in a contract spraying charge of £47,000/year.

“This is felt to be too high, especially given that it would also mean the farm’s staff were then not fully used in the spring, hence the decision to go for an owned machine again,” says Mr Wraith.

Lower crop gross margins are the main reason for this, explained by a lower budgeted yield for oilseed rape and an increased fallow area.

“The Basic Payment and anticipated mid-tier Countryside Stewardship income account for 88% of the 2018 budgeted profit, illustrating that farm support is an important income source even on a large unit like the model farm, where land is also rented in.”

OSR has established well. The crop was drilled early to help it grow away from the flea beetle threat, unlike last year, when 5% of the area was lost.

Wheat following oats has yielded well, so the farm has increased its oats acreage slightly for 2018.

The crop has been sold on a milling contract for movement in October 2018, with a price linked to wheat futures.

The farm has reduced its spring beans acreage. While it is a good break crop, it can no longer help meet the farms greening requirement and did not perform well in 2017.

Benefits to following wheat crops are considered in the crop’s retention.

For spring malting barley the farm is looking to agree an unpriced contract for harvest movement.

Autumn establishment has become challenging, with some delayed harvesting and wet ground conditions resulting in increasing time between primary and secondary cultivation passes.

“Weather and opportunity in late autumn and spring will determine the outcome – half a crop costs pretty much as much as a full crop.

“Fallow can contribute towards the farm’s greening requirements, but as plant protection products can no longer be used on fallow land between 1 January and 30 June, there is a concern that weeds germinating in the stubble could add to the seed bank,” says Mr Wraith.

About 90% of the farm’s expected ammonium nitrate fertiliser requirement was bought in June 2017 at £180/t, with deferred payment to January 2018 and delivery already made.

The farm’s established policy of saving most of the seed needed and purchasing some new seed each year for evaluation and use the following year has been continued.

A decision is awaited regarding a mid-tier Countryside Stewardship application. “If successful, our modest scheme will start on 1 January 2018.

“It would produce an income of £18,000/year, less than an ELS agreement used to provide, as the farm has designed a scheme so that it has minimal impact on productive capacity.”

The BPS payment formed a significant proportion of the farm’s profit in 2017.

As Brexit negotiations progress and post-Brexit trading arrangements become clearer, the pound may begin to strengthen.

This would reduce the 2018 payment and an exchange rate of €1=£0.82 has been used in the budget to reflect this.

A decision on whether to hedge an element of the payment will be taken in early 2018.

Labour costs will be 2% higher in 2018 following pay rises for the farm’s staff.

There is no longer an Agricultural Wages Board recommended rate, so salaries have been reviewed to reflect where they need to be to retain and motivate good-quality staff in this area.

Three bed-and-breakfast pig options have been priced and evaluated in terms of their rate of return, risk and effect on the existing farm operations.

“Taking into account the capital requirements, management capacity and current staffing levels, a decision was taken not to proceed with the investment at this time,” says Mr Wraith.

“The farm will continue to incorporate its straw and will look to import chicken manure from a local source to help build organic matter levels and improve soil structure.”