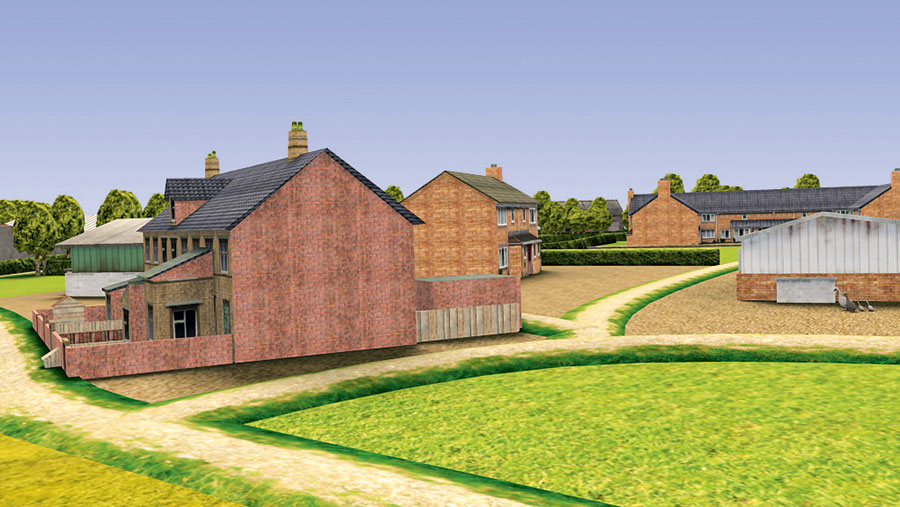 The challenge of price and yield volatility is being addressed at the Farmers Weekly/Savills Virtual Farm through careful cropping and marketing, alongside options to diversify income.

The outlook for returns from harvest 2017 is a big improvement on 2016, with a better price outlook, lower fertiliser costs and, at present, healthy looking crops.

“We also felt we had good crops this time last year but the yield was disappointing following the low light levels through the key period of May and June, which seriously affected yields,” says Richard Morley, associate with Savills Food and Farming.

“We hope this year yields will be in line with the five-year average.

“We are budgeting for a profit before tax of £203/ha, a 75% increase on the previous year, but that was from a low base.”

A feed wheat price of £136/t for November 2018 has been quoted but no commitment has been made.

With the grain market so currency-driven, the potential for considerable price swings increases. This business is currently a producer of low quality wheat.

Further commitment was made in March 2017 on 20% of the budgeted crop yield at £300/t for harvest movement, on what looks like good crop potential and a jittery market on the back of the soya production outlook.

With grain and oilseeds markets so currency-driven, the potential for considerable price swings increases. This business is currently a producer of low quality wheat.

The UK is now one of the most expensive sources of wheat, with year on year futures values up 38%. “If we get a different trading relationship [post Brexit], it is anticipated there will be larger swings in crop price for commodities such as feed wheat as the country switches from an importer to an exporter depending upon the harvest yield each year,” says Mr Morley.

As on many farms, some oilseed rape has been lost due either to late drilling and poor establishment or to flea beetle. This represents just under 5% of the OSR area and the options to replace it were fallow, soya, spring barley or spring beans.

Spring barley was chosen, preferred as it could be established later in better conditions and was more competitive against black grass than the other options.

A contract based on a harvest pool at the time of deciding to grow the spring barley was the most favoured option given limited contract availability.

Ammonium nitrate at £170/t was ordered in June 2016 for delivery by the end of July, with payment deferred until 20 January 2017. This helped keep a lid on production costs, though storage was challenging.

Over the past three harvest years there has been a considerable drop in the use and costs of fertiliser on the farm – currency fluctuations have affected value while the addition of more fallow and spring cropping has cut use.

The aim is to further reduce reliance on this volatile product by introducing a livestock enterprise, with bed and breakfast pigs the favoured option.

The rent for the 15-year FBT covering a quarter of the farmed acreage has been reviewed, with a standstill achieved at £457/ha for the next three years. This places a notional cost of £114.28/ha across the holding.

While some tenders for new lettings are at higher levels, many arable reviews have seen standstills.

“The next review will be well-timed as the potentially final basic payment will have been received four months prior to the review date,” says Mr Morley.

“Logic suggests that in the event of a significant reduction in direct payments, rent levels would come under downward pressure.

“Rents tend to lag profitability up and down but the prospect of a direct payment cut does concentrate the mind in the absence of knowing what might or might not replace it.”

This enterprise suits the location and reduces risk by providing a steady diversified income, which is not exposed to currency fluctuation in the same away as arable income.

In addition there would be soil organic matter, fertility and fertiliser cost benefits from the muck, although there are considerable costs and management requirements to be able to use this resource to benefit production.

The holding does not have any sheds suitable for conversion so a new build would be required. The investment appraisal as well as confidence in the local requirement for finishing housing is critical.

The main advantage to the business is the muck, as either slurry or FYM from more basic and cheaper to build straw yards.

Slurry has the advantage that it can be applied to a growing crop while straw sheds have a lower build cost and are more likely to appeal to a wider range of pig finishing companies. They are also more versatile should the pig enterprise cease.

The muck would help the business reduce fertiliser costs over time by £15,000 to £20,000 a year once spreading costs have been considered.

Spreading can cause compaction and NVZ regulations/requirements need to be considered. Due to only housing 2,000 finishing pigs no Integrated Pollution Prevention and Control environmental permit would be needed.

The farm will need to budget £300,000 to provide a 2,000 pig finishing unit in two sheds plus a contingency depending on site location layout, groundworks needed and so on

Build costs are estimated at £135-£150 per pig place. This includes a standard solid floor straw bedding system split in to 23 pens a shed, with each shed holding 1,000 pigs.

This does not include planning costs as these vary considerably between local planning authorities.

The shed would be galvanised to extend life, with an anticipated 20-year pig production life. In reality, a refurbishment will be needed after 15-20 years, after which it could continue or be converted to another use.

The Virtual Farm has submitted an outline application for auto steering and mapping equipment through Leader funding under the Rural Development Programme for England.

The grant has the potential to supply up to 40% of the costs of the equipment. It is competitive and we are waiting to hear if we have been accepted to submit a full application.

As part of its risk management, the business has fixed the Basic Payment Exchange rate for 50% of the 2017 payment, the fix was agreed in February 2017 at a rate of 0.85.

The application for mid-tier, like many others, is still being assessed by Natural England for compatibility and we are yet to hear if our application has been accepted.

It is felt that this is a good way of securing income, in this case about £18,000 a year, that is not affected by currency fluctuations.

The value of good on-farm crop storage has shown strongly this year, allowing almost a quarter of the wheat crop to be sold at £147/t ex-farm. This is a considerable improvement on the £135/t that was in the budget in October at the last report from the farm.

“The improvement in grain price by 9% on 24% of the crop has had the effect of improving the wheat gross margin for the 2016 harvest to £690/ha for first wheats and £522/ha for second wheats from the 2016 harvest,” says Mr Morley.

The remaining OSR was sold at £350/t plus a bonus, which on average was 10% of the crop price.

For both these crops the later sales helped the overall average and improved returns, a clear example of the value to the business of being able to store produce to spread the marketing period.

Even with the advantage of storage and better than budgeted prices, the profit before tax for the year was just £116/ha, or £93,000. If borrowing is not to rise, this has to cover private drawings for three families, reinvestment and personal tax.