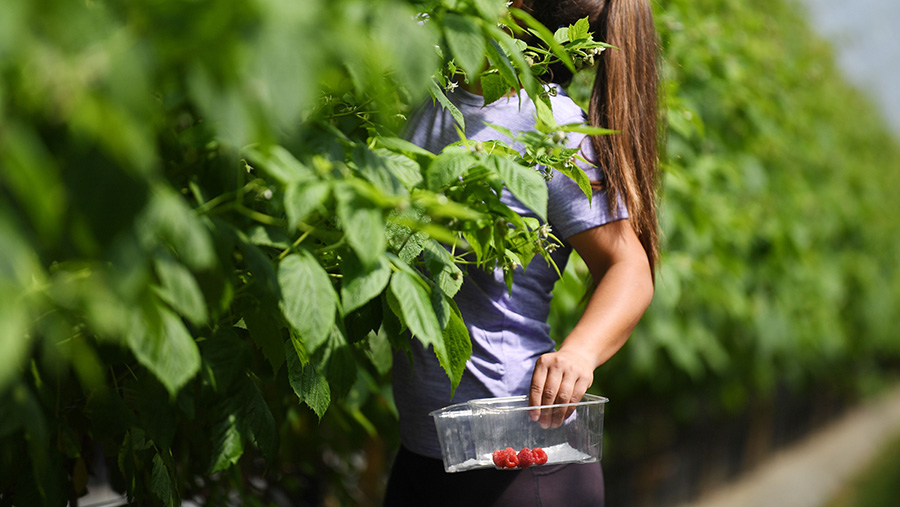 UK growers of fruit and vegetables have seen their labour costs rise by at least 34% since 2016, while farmgate prices have stayed virtually static, according to an independent report commissioned by the NFU.

The report, by farm consultant Andersons, examines the effect of rises in the national living wage (NLW) on the horticultural sector over the past five years.

It argues that wage cost inflation is now a real threat to domestic production and UK growers need to be paid a fairer price for their produce to stop them quitting or relocating abroad.

Yet it estimates many growers have actually seen a 40-50% rise in employment costs over the past five years because of productivity losses caused by a reduction in the volume and quality of labour following Brexit and the weakening of sterling.

Ali Capper, NFU horticulture board chairman, said growers were seeing labour costs continue to rise at a time when margins were tighter than ever.

“Labour costs account for 40-70% of business turnover and ever-increasing costs mean some growers may no longer see their business as viable in the UK,” she said.

“If nothing is done, we may begin to lose a thriving domestic industry that is incredibly valuable to the nation, contributing more than £3.8bn to the economy.

“This would simply see more imports of fresh produce to replace that lost production.”

The report concludes that while some horticultural crops are highly mechanised, many still rely on a manual labour force and there are limited opportunities to change this.

For labour-intensive crops, it suggests a farmgate price increase of between 9% and 19% is needed simply to offset the increase in the NLW hourly rate.