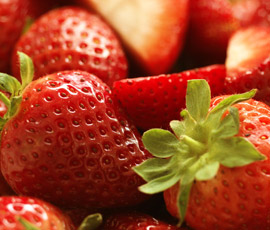 A former strawberry grower insists more must be done to stop supermarket middlemen and commercial agents from exploiting farmers.

The government’s Groceries Supply Code of Practice, aimed at requiring large retailers to deal fairly and lawfully with suppliers, came into force on Tuesday (25 June).

Under the code, groceries code adjudicator Christine Tacon, who started her job on Tuesday, can intervene in farmer-retailer disputes and has the power to fine supermarkets found guilty of breaching the code.

But William Hudson, pictured, who supplied major supermarkets for 15 years, believes Ms Tacon must be given more powers to deal with intermediaries he branded “nasty middlemen” who were squeezing primary producers.

“Everybody assumes growers have a direct line to the supermarkets, but that’s not true. The real issue is with the marketing agents, middlemen and packers who do all the dirty work for the supermarkets,” he said.

“The problem was when we were producing strawberries, there was never any negotiation – we were just told what we’d get for our supplies.”

Mr Hudson said the food supply system was still dominated by middlemen that managed to take more of the value chain than the primary producer.

“They are the schoolyard bullies in this system,” he added. “We have to question whether it’s right when packers often make more money out of vegetables and packing than primary producers.

“Everybody assumes growers have a direct line to the supermarkets, but that’s not true. The real issue is with the marketing agents, middlemen and packers who do all the dirty work for the supermarkets.”
William Hudson, former strawberry grower

“There are virtually no direct relationships between a grower and the supermarket – there will always be a middleman.”

Mr Hudson said middlemen would buy imports from overseas growers, based in countries with more stable weather than the UK and therefore delivering more security of supply. Home-grown supplies were then used to “top-up” any supermarket shortages.

But while his production costs “kept going up and up”, the prices offered by the middlemen “stayed static”.

He added that the middlemen would tell him the prices each week, which they considered to be “fair”, and there was never any negotiation.

As the agents began to demand more produce, he faced two choices – either to increase the size of his business to drive down production costs, or, pack up.

“In the end, we ran out of collateral, we couldn’t carry on making our business bigger,” he said. “Unless the regional or small grower is prepared to do more in continuity and quality of supply, you’re always going to be taken advantage of.”

Diversity and more food growers in the UK would give greater resilience of supply, more businesses in the countryside and decrease the energy used within the supply chain, he said.

“If supermarkets would allow growers to deliver straight to stores then the primary producer could take back more of the value chain, thus enabling more consumption of locally grown food.”

Ms Tacon said: “He (Mr Hudson) is correct that the scope of my role is only to apply the code between the direct suppliers and the grocery retailers. I cannot act on anything between farmers and their direct suppliers.

“However, there are examples when retailers have applied pressure on the direct suppliers and that has been passed on to farmers.

“If the middlemen are telling farmers they are coming under pressure from supermarkets, they (farmers) need to get them in an arm lock and bring them to me.

“If farmers think that the code is being breached between the direct supplier and the retailer, I can investigate.”