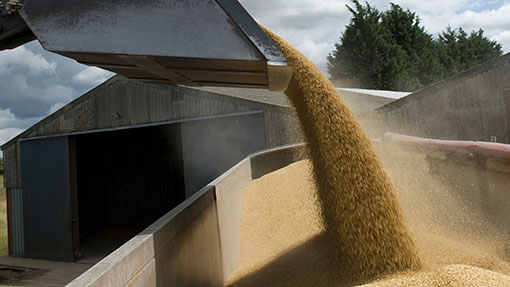 Camgrain has rejected a takeover bid by East Anglian co-operative Fengrain, with the latter allegedly breaking a non-disclosure agreement to reveal the news.

The two co-ops, which have 500,000t and 150,000t of grain storage, respectively, operate from head offices in Cambridgeshire, with further Camgrain stores in Northamptonshire and Warwickshire.

In a letter to Fengrain’s 900 members, published on the organisation’s website on Friday 17 October, chairman Paul Wilkinson said the board had made a formal approach to Camgrain with a view to taking it over and transferring the storage rights of members to Fengrain.

“The creation of a combined company would significantly increase the scale and efficiency of the marketing operations, and allow for consolidation and optimisation of the combined storage activities,” he said.

“Put simply, a new and powerful farmer-controlled marketing and storage company would be created with a unique and unrivalled competitive business model.

“Unfortunately, Camgrain have declined to explore the proposal, which we find disappointing and which potentially misses out on an opportunity to create significant value for both companies’ members,” he added.

Philip Darke, managing director of Camgrain, confirmed that the co-op, which has 500 members, had been in confidential discussions with Fengrain.

“They approached us and we listened, but it was all covered by a non-disclosure agreement and they broke it,” he said. “It’s just so unprofessional. It wasn’t something we wanted to entertain at all.”

However, Rob Munro, marketing director at Fengrain, denied that the co-op had broken any privacy agreement.

“We felt Camgrain would be a good fit for our business, but they said no and we had to inform our shareholders of that. As far as we’re concerned that’s not in breach of anything,” he said.

“The landscape of the grain industry is radically changing, and the dominance of one or two players is a concern to us,” he added. “There’s a great degree of consolidation across the industry in the UK and the EU, and this was a logical move in the face of that.”