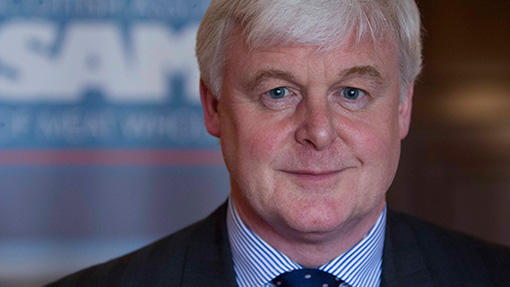 The latest round of CAP reform is seriously inadequate for the future of Scotland’s meat industry, the president of the Scottish Association of Meat Wholesalers (SAMW) has said.

Alan McNaughton (pictured) told the SAMW annual conference in Glasgow the decision to increase coupled payments from 5% to 8% was a step forward, but it was frustrating they did not reach the desired 13%.

Irish beef producers had received an extra €52m (£43m) from their government, but UK farmers have been left trying to reclaim rural development cash for more productive purposes, he said.

And a lack of government support under the last CAP regime had caused the shortage in beef supplies, pushing the buying price for Scotch beef above £4.30/kg last autumn and eroding consumer demand.

“Even if we don’t end up winning further support we must keep confronting UK ministers with their mistakes and failures on this point,” Mr McNaughton said.

“The buck needs to stop with them and consumers need to be reminded, time and again, than any future meat supply, shortage and pricing issues have been made in 2013 and 2014 in Westminster and Brussels, not in the farms and meat plants of Scotland.”

Mr McNaughton also said that with supplies tight it was important for processors to be strict on penalising out-of-spec livestock, as this was the best way to match consumer demand.

“We’re grateful to those top producers who are maintaining standards and we’re urging others to do the same,” he said. “Our combined future, farm to plate, depends on it.”

“While at face value this is an unwelcome policy which interferes unnecessarily with normal farming practices, if implemented in its current form it could result in more grass being grown and a switch back to more traditional mixed farming systems,” he said.