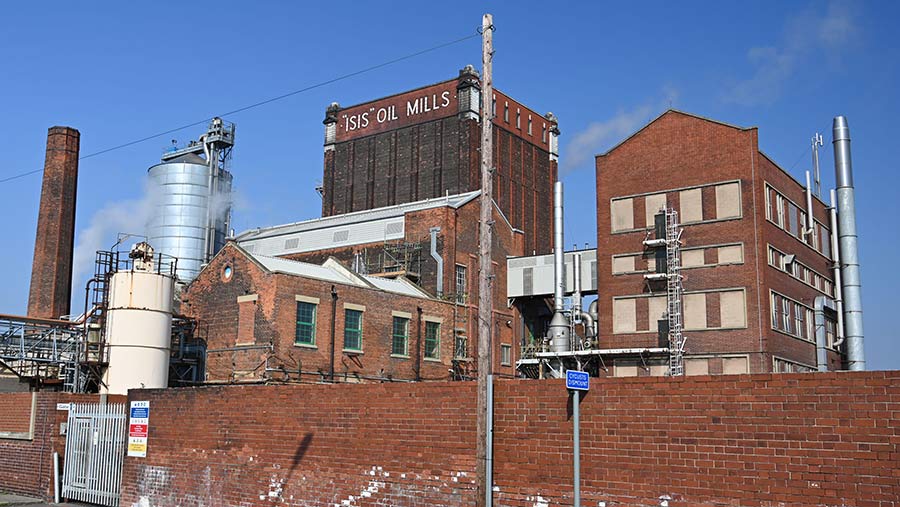 The site, which has a daily capacity for 750t of seed, produces about 420t of rape meal and 323t of rape oil each day.

The closure will be a notable loss to processing capacity within the UK, leaving just three plants – Liverpool, Erith in Kent, and a smaller site in Warwickshire.

The UK in recent years has produced about half the 2m tonnes required by its crushers, with imports making up the remaining volume.

Warnings were made in 2020 about the possibility of losing a plant if domestic production continued at such low rates.

Competition between processors will reduce and haulage costs to the remaining plants from some areas will rise.

A Cargill spokesperson said: “We can confirm Cargill has announced its intention to close its crush facility in Hull, UK, due to current market conditions.

“This would impact 36 positions effective end of December 2022. We are working closely with impacted employees and will be providing support throughout the transition.”

Markets remain fairly bullish with tight supply expected to continue. However, good EU crop conditions and imports of canola from Canada could limit further growth, according to the AHDB.

US soyabean plantings are progressing, but still behind last year’s levels, according to ADM’s weekly report.

Will Ringrose, ADM Agriculture’s head of oilseeds, suggests exports out of Brazil are slow, but Brazilian crop estimates have increased and harvest in Argentina is nearing completion.

Mr Ringrose said: “Matif rapeseed appears rangebound for the past week, struggling to break back up to the highs seen a few weeks ago.

“EU and UK rapeseed prices have fallen sharply from those highs.”