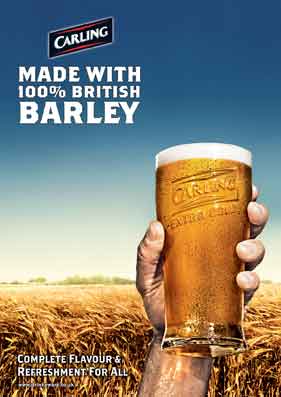 A new partnership between the UK’s second biggest brewer and the growers supplying it aims to bring more stability and security to an increasingly volatile barley market.

The 70 farmers who joined Carling Western Growers have made a three-year commitment to supply 20,000t of barley to Molson Coors. In return, the brewer has offered preferential contract terms for moisture and screenings, as well as quick information feedback about deliveries, provided via a website administered by Frontier.

“By building great working relationships with trust on both sides, a forum is established where not only is there that focus on barley quality but also opportunities for adding value for both the grower and Molson Coors can be discussed,” Coors’ Jerry Dyson said. “In partnership with Frontier Agriculture, we wanted to build a relationship with the right sort of grower that went beyond the annual contract transaction.”

English Farming and Food Partnerships brokered the initiative. In addition to the range of contracts available already, Coors and Frontier are also considering offering a cost-plus contract to provide more shelter from volatile prices. No details of any of the contracts were available at the time of writing.