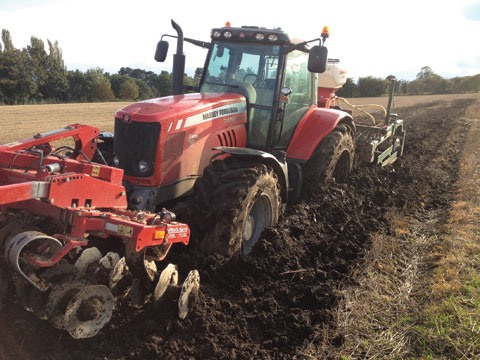 Growers should take the time to identify, assess and manage risk following a difficult harvest last year, according to consultants Bidwells.

Growers were urged to start forward selling some of the new crop now to lock into current prices, ahead of an anticipated drop in commodity markets, said grain traders and economists.

Any famers hanging on to old crop should sell it as soon as possible, and look at forward selling 40-50% of the new crop, as they would in a normal year, said Gleadell managing director David Sheppard.

Speaking at a debate at Cereals 2013, Mr Sheppard said: “The risk is you don’t sell anything today and you take £15-20/t less in a couple of months’ time.”

Growers faced the prospect of a double whammy year – lower yields and lower prices. To try and mitigate this, farmers were advised to assess cost of production and the margin available by forward selling a proportion of the crop at current prices, he said.

Openfield grain director Mark Worrell agreed and said farmers knew their costs of production and were able to make selling decisions based on this and lessons learnt from last year.

Commodity prices were expected to decrease said HSBC’s head of economics Mark Berrisford-Smith. “I would expect commodity prices at the end of this decade to be lower than they were at the start of the decade,” he said.

Prices were by and large dominated by supply and demand in the global marketplace, with the UK just a small player in the bigger sphere, said NFU combinable crops board vice chairman Mike Hambly.

The grain supply chain needed a better balance to reward risk-takers and farmers making investing for the future, he said.