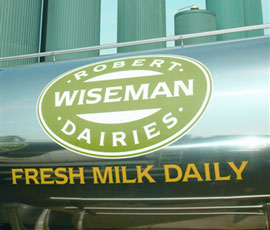 The chairman of the Wiseman Milk Partnership producer group has resigned in protest at the implementation of the company’s 2p per litre cut, leaving over 1000 milk suppliers from Devon to Inverness without a leader.

Lanark farmer Ian Smith told Farmers Weekly he resigned with immediate effect when the company would not consider a counter proposal put forward by the producer group.

“The price cut was not implemented with the agreement of producers,” he said. “We put forward a counter proposal to the 2p per litre cut in June, which we can’t reveal because of confidentiality clauses, but the company would not consider it so I resigned on principle.”

He added: “I can see no light at the end of the tunnel. It’s more like we’re facing a hole with no way out. I may no longer be chairman but I’m still getting calls from farmers who say they will have to shut the door on milk. They’re sitting round kitchen tables right now, wondering how they can cut costs or labour or considering emigration and every other option.”

A spokesman for Robert Wiseman Dairies said there was no way the company could reconcile Mr Smith’s board’s position with Wisemans need to achieve a milk price which allowed it to continue to compete in a tough  commercial environment.

He added: “ As chairman, Iain made every effort to limit the extent to which the milk price offered to Wiseman Milk Partnership members would be affected. We are sorry to lose him but respect his decision and wish him well. Iain is continuing to supply Robert Wiseman Dairies.”

The company confirmed that Mr Smith’s resignation would trigger an election process.

Join the conversation on our milk price cuts forum