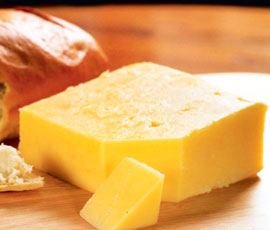 Retail cheese sales increased by 5.2% in value in the year to 2 October, to £2.56bn, with extra mature cheddar leading the drive as consumers’ tastes change.

Average retail prices increased by 2.9%, to £6.17/kg, with turnover in volume terms rising by 2.2%, to 228,974 tonnes, said a report by DairyCo. “Cheddar sales, which account for 55% of the total volume, have grown by 2.4%, slightly more than the category as a whole. Consumers are trading up taste levels: medium and extra mature Cheddar has shown strong volume and value growth at the expense of mild and mature Cheddar.”

Extra mature Cheddar had shown the most rapid growth, and now represented 10% of the total cheese market at 41,244 tonnes. “Research conducted by Mintel has identified that special offers and low price were the top two factors consumers were most likely to look for when buying cheese, with 57% of consumers stating they ‘often buy whichever cheese is on offer’.” However, competing with price as a joint second factor, 52% of consumers said they looked for “strong tasting’ cheddar”.