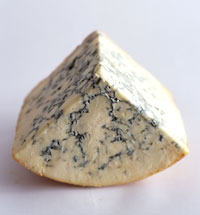 Changes in consumer behaviour, such as switching to “value” product lines, contributed to the pressure on margins. But Mr Taylor remained confident the business would return to profit in the next financial year.

“The current recession will be challenging but our initial start to 2009 is promising, with UK sales remaining strong and costs within budget. Our projections for 2009-10 show the company returning to good profitability for the next twelve months.”

The disappointing results are partly exacerbated by a change in the business’ accountancy practice. Clawson has shifted its year-end from 31 Dec to 31 March, to cope with the difficulties of preparing budgets during its busy trading period over Christmas.

Therefore, this set of published accounts covers a fifteen-month trading period. While his has boosted the business’ overall turnover, Clawson estimates its turnover to Dec 31 2008 would have been about £45m.

Chief finance officer Graham Parker said Clawson’s business cycle generally began with loss-making months, before the business began to move into profit later in the year, benefiting particularly from stronger sales in the run up to Christmas.

“Therefore the movement of the year-end has incorporated two typically loss-making periods from January to March, resulting in an additional operating loss of £600,000 being incurred.”

The acquisition of Hartington creamery, completed in 2009, left a £2.9m hole in the profit and loss account while the Competition Commission investigation meant the benefits of the takeover were delayed. Clawson also incurred a £400,000 legal bill in the process.

The cost of the Hartington acquisition, together with extra working capital needed to support the higher turnover, caused net borrowings to rise from £5.2m to £9.5m.