In the decade to 2025, cheese consumption is expected to grow by 49%, butter by 27%, fresh milk by 13% and skim and whole milk powders – much of it for infant formula – by 85% and 40% respectively, according to the Food and Agriculture Organization of the United Nations.

Farmers Weekly’s deputy business editor takes a closer look at dairy opportunities in the third of our Trading with China series. Read the first in the series on opportunities for British farmers and the second on how the UK’s food can appeal to Chinese consumers.

Demand is being driven by an increasingly well-travelled and wealthy population picking up tastes abroad, access to dairy products online, and a Chinese government drive to promote the health benefits of dairy.

In addition, a number of serious food scares have pushed many consumers to shun domestically produced milk-based products in favour of imported ones.

Lucy Randolph, senior export manager at AHDB Dairy, says dairy is still an immature market in China, and there is a lot of educating of consumers to be done, but “the opportunity is huge”.

UK dairy products are generally seen as high quality with good provenance and the Chinese consumer is increasingly looking for milk from cows not treated with hormones or high levels of antibiotics, she says.

Get in by partnering up

“There are quite a few challenges [of selling dairy in China], but the biggest challenge is around labelling and the regulations around ingredients – which are different from port to port,” says a Dutch distributor working for dairy processor Unilac Holland in Shanghai.

“The logical first step is to work with a Chinese partner, simply to learn about the regulations and market because, especially for the import process, if you have to work it out on your own it takes a long time.” 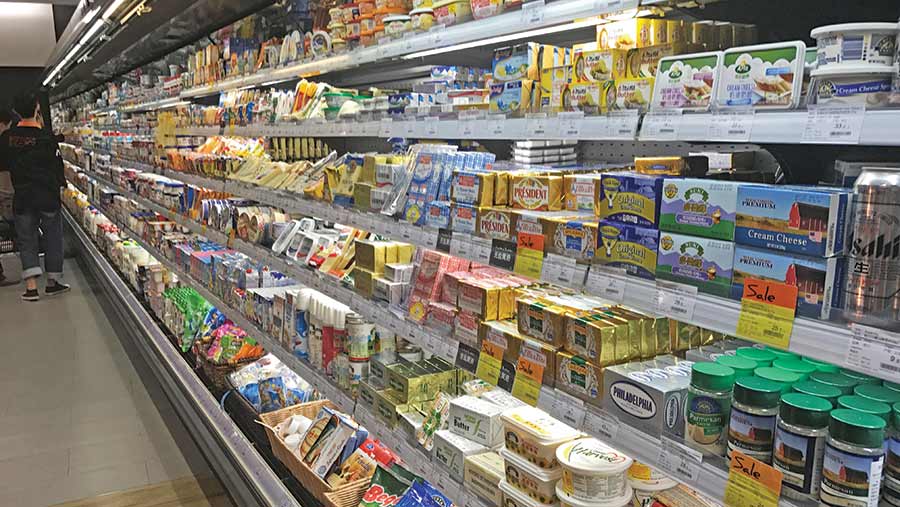 The shelves of this high-end retailer in Shanghai are full of dairy brands, including products from Europe and Australia

Chinese companies have also shown an interest in entering business partnerships with UK dairy companies, although there has been little uptake so far, says Karen Morgan, agriculture, food and drink counsellor at the British embassy in Beijing.

“These kinds of arrangements aren’t for everyone, but they can offer an opportunity for both an injection of investment to help a company expand its exporting capacity – as well as a Chinese ‘partner’ who is established here and knows the market.”

See also: China: How the UK’s food can appeal to consumers

There are other routes, too. The Organic Milk Suppliers Cooperative (OMSCo), for example, is supplying an American organic UHT company and is understood to be working with another non-UK company selling infant formula.

Producers can also work with a specialist exporter – Somerdale International and Coombe Castle are two such companies selling dairy to China (see “The exporter”).

“Having someone [like Somderdale] with the contacts and experience to take products into new markets has been a fantastic success story for us,” says Mr Barber.

Some producers are also overcoming challenges by employing Chinese staff in target cities, such as organic milk brand Daioni (see “The producer”).

Most imported milk in China is UHT. Fresh milk is in demand though and imported carries a premium, but the length of time to ship or airfreight from the UK poses a challenge.

Yogurt is not so new (as a drink), and can be found in many convenience stores – but there is perhaps more competition, particularly from Asian companies.

Cream and butter are also growing in popularity as consumers develop a taste for cream teas. Demand for milk powders is growing rapidly, driven by infant formula sales – but there are some big commodity players in the market.

A big opportunity lies in cheese. About a quarter of sales go through retailers, but the hotel and catering industries, including a growing number of pizza and burger joints, take about 75% of cheese, says Ms Morgan.

British cheese sales are still very small compared to those of the leading exporters such as New Zealand, Australia, the US, France and Italy, but in 2016 the UK exported about £2m-worth of cheese to China, which was a 1,000% increase on 2015, she says.

“Companies have to get the products right though – the Chinese prefer milder, sweeter products and are not generally fans of strong-tasting Stilton.”

The exporter: “Patience and investment needed” 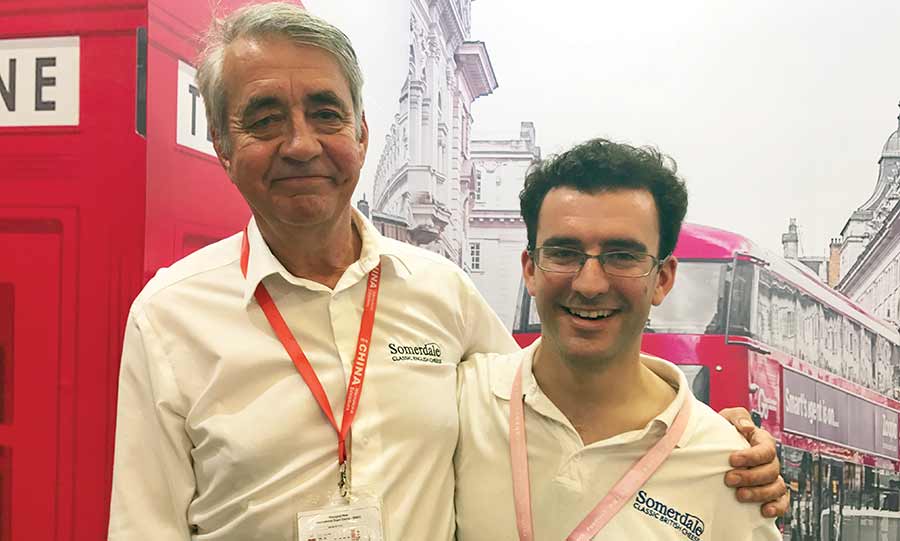 There’s a lot of potential in China, but it has been a “big and steep” learning curve, says Stephen Jones, who exports premium dairy products to 50 countries.

“Probably 10-15 years ago you would never have seen any of this cheese here, so this is all new to them – there’s no historical [precedent] about how cheese should be.”

But it took five or six years to get a breakthrough, says Mr Jones, with distance making it difficult to navigate the large amount of bureaucracy and develop business relationships.

Working with a Shanghai-based distributor, who is British but fluent in Mandarin, has been key to overcoming these challenges.

But companies wanting to export dairy to China will need “patience, patience, patience,” advises Mr Jones. “Do your homework and be prepared for quite a bit of failure,” he adds. Regulations are complex, ever changing and it’s easy to make mistakes, “so you’ve got to be prepared to invest a lot.”

For example, Somerdale had a whole batch of cheese rejected because “kg” was written in lowercase letters.

Working out who really wants products can also be challenging. “People tend to sound very enthusiastic when meeting [at a trade show in China], but this doesn’t always materialise,” he warns.

“People are very cautious of new things, so it’s slow. There is no great market you can go into and make loads of money overnight.” 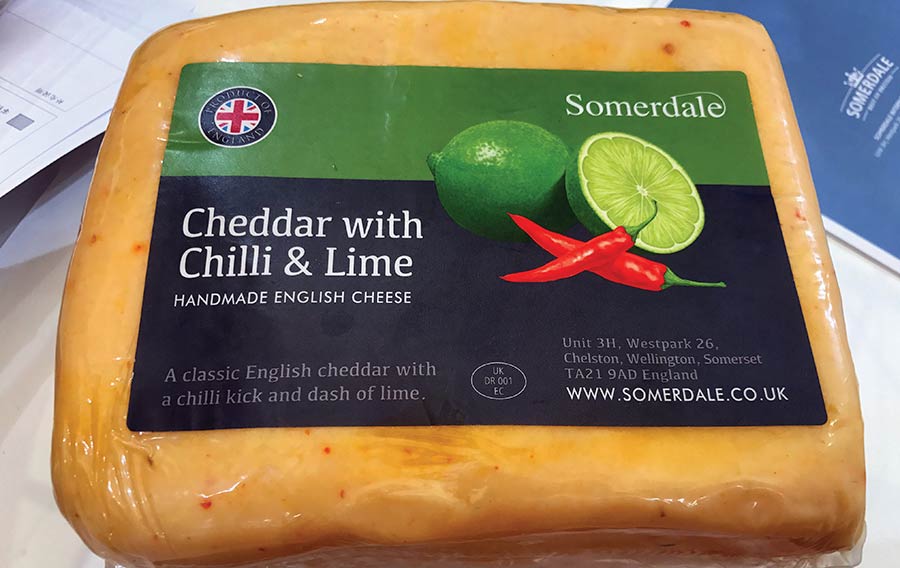 “You have to spend time there. Fork out money and get on a plane [and go to exhibitions] – people just don’t respond to emails.

“Trek around with your eyes open. Talk to retailers and distributors and ask them questions.”

The producer: “Organic premium is high, but expensive to get” 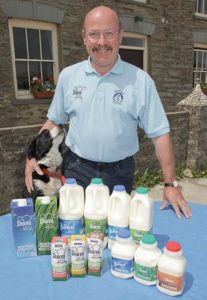 First shipping in 2013, Daioni now sells 1.2m litres of UHT milk, including flavoured products, to high-end retailers in Shanghai and Hong Kong and has a Chinese employee in both cities.

Mr Harris sells the milk from his 700 cows to OMSCo and buys it back, plus further volumes from about 30 farms that are certified organic for China.

“Organic dairy is a tiny part of the market, but the premium is high,” says Mr Harris. “China is heavily polluted so an increasing number of Chinese families, especially those with kids, are looking to source high-end products.”

Companies must choose one of the certification boards in China and negotiate a price. Then they must pay all the costs for officials (normally two people) to travel to the UK to inspect the farm and processing site, he explains. 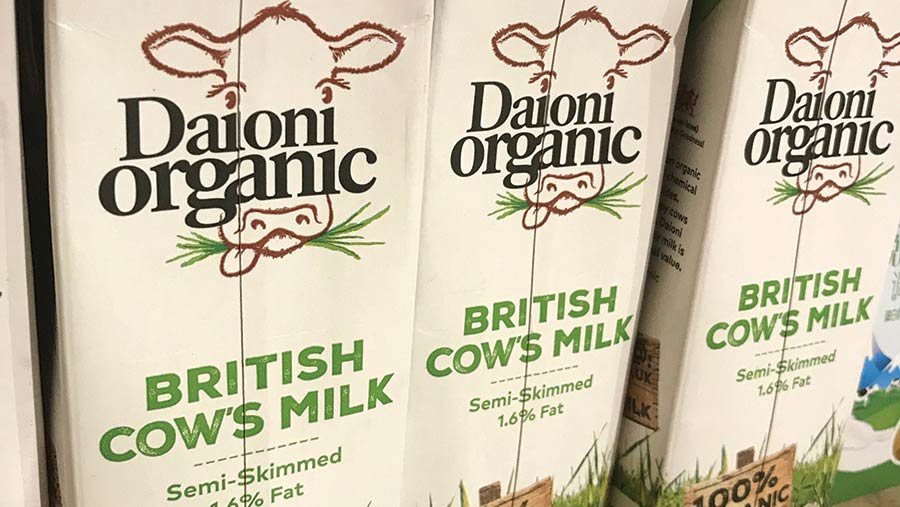 It normally takes two to three years of having a product in the market to see whether it’s going to work or not, she says.

The Chinese state-buyer: “We want brands with heritage” 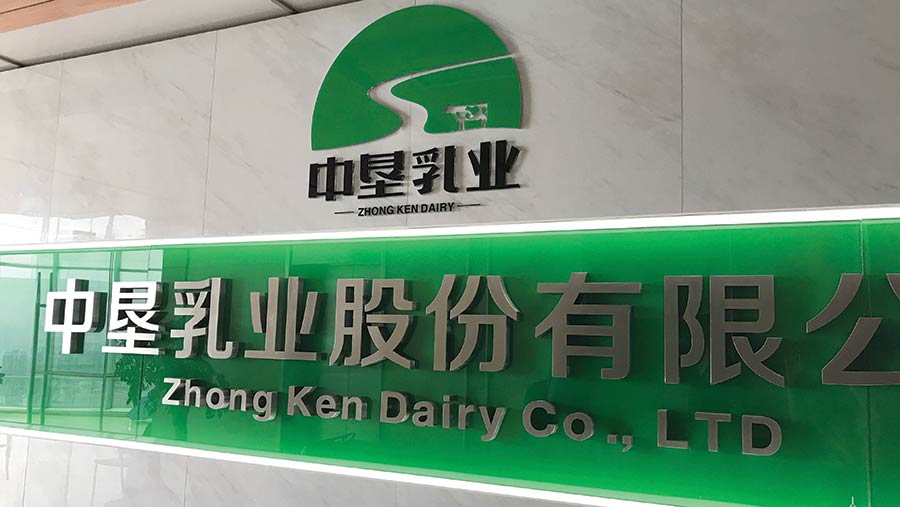 Zhon Ken Dairy, a subsidiary of China State Farms Co Ltd, is building a food e-commerce platform to supply consumers in and around Chongqing, a 33 million-person city in south-west China.

George Chen says populating it with dairy products is a key priority and he is looking for quality, original, foreign dairy brands with unique selling points to develop long-term partnerships with.

Those that can tap into Chinese consumers’ recognition of British tradition and heritage are a plus.

“The Chinese market is not lacking in new things, but is needing ones with heritage,” he says. “People would be very attracted to a story of a small farmer, family company or small farm.”